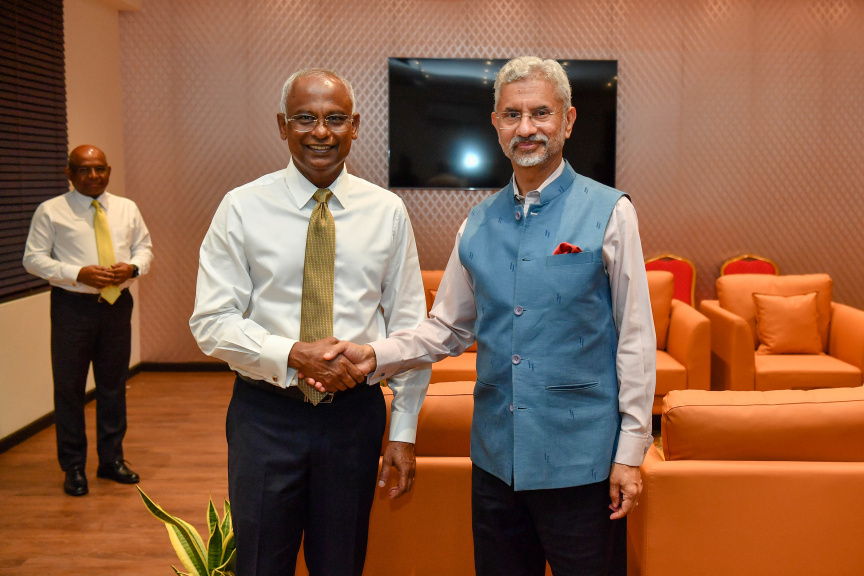 The Maldivian government has announced the decision to support India’s candidature to a non-permanent seat of the United Nations Security Council for the 2028-2029 term.

The decision was announced in a statement by the Maldivian Foreign Ministry on Monday.

According to the Foreign Ministry, the decision to support India was taken following Indian External Affairs Minister Dr. Subrahmanyam Jaishankar’s visit to the Maldives last week.

“The Maldives’ strong support for India is rooted in the strong partnership and close bonds of friendship that exists between both countries,” said the Foreign Ministry.

The election will be held during the 81st session of the United Nations General Assembly in June 2027.

Foreign Ministry said that India has continuously demonstrated strong and effective leadership in maintaining international peace and security, and has been a strong proponent of the values and principles enshrined in the United Nations Charter.

“The government of Maldives is confident that India will be a voice for all developing countries on the Security Council, and will continue to make meaningful contributions towards global discourse on peace and security in the years to come,” said the Foreign Ministry.