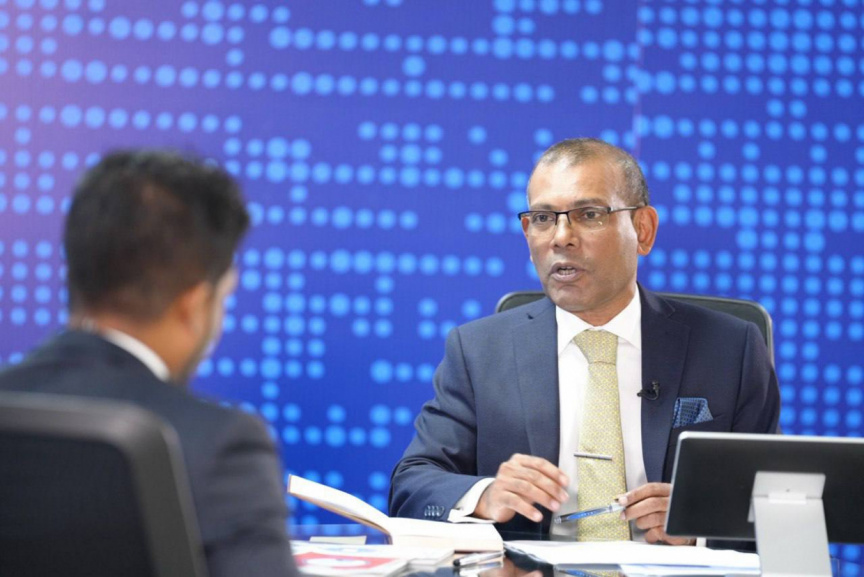 Switching to a parliamentary system of governance had been the biggest electoral pledge Maldivian Democratic Party (MDP) made to its members in 2018, and it remains unfulfilled, states MDP’s leader and Parliament speaker, former president Mohamed Nasheed.

Nasheed said that while many of the pledges on the manifesto have been realized, the greatest pledge MDP made in 2018 had been to switch the system of governance in Maldives from a presidential to parliamentary system, which remains unfulfilled.

“On page 98 of the manifesto its written that it will be the Parliament which selects the prime minister and their cabinet in the government that is compiled after the Constitution is amended,” he said.

Nasheed said switching to a parliamentary system would address the issue of the government being too top heavy, and effect a significant reduction in government expenditure and facilitate closer services to the people.

He said that according to the manifesto, the ‘president of the republic’ defined on the Constitution will be the coalition leader following amendments, who is President Ibrahim Mohamed Solih. And that the government will be run by the party or parties with the most MPs in the Parliament.

“We have clearly told MDP members we would take a referendum. To determine the system of governance,” he said.

Before concluding the program, Nasheed repeated that he found it crucial to take a constitutional referendum.

Switching to a parliamentary system had been backed by all coalition partners back in 2018, he said.

However, all coalition leader except for Nasheed have since rejected plans to switch to a parliamentary system.