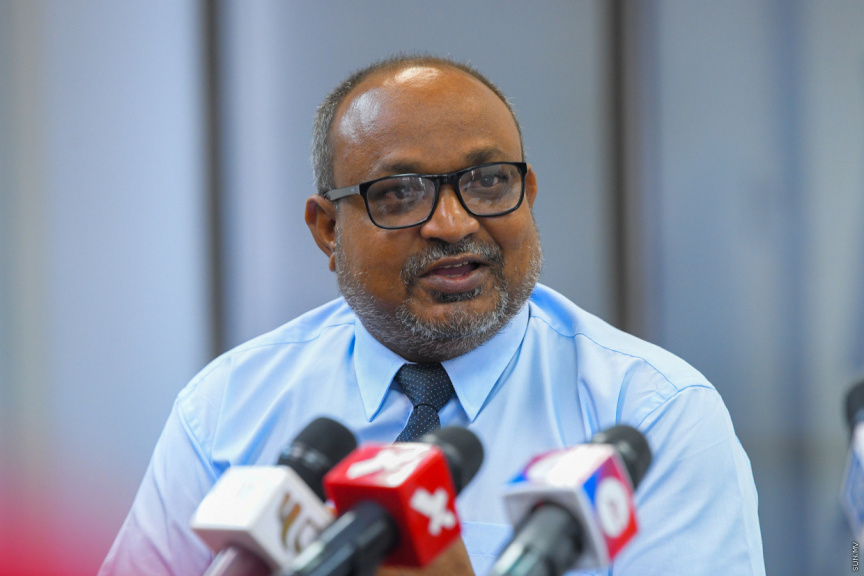 The CEO of the National Drug Agency (NDA) Imad Solih said that issues within the agency were identified, and the direction to be taken has been substantially identified.

Speaking at the local tv channel Public Service Media (PSM) about NDA, Imad noted that high priority was currently being given towards enforcing all the hard work done within the past one and half years.

He revealed that since taking office, from the treatment centres within the atolls, he has visited the ones in Himmafushi, Gulifalhu and Addu City. He added that during those visits, different issues in those centres were identified, and that work has already begun towards resolving those.

Revelling that situation analysis, facility mapping, and sector mapping have been done, Imad said that based on those, areas that need improvement were clearly seen.

Stating that the work to restructure NDA was progressing fast, he said that the issues within departments, and where the services stop were known as well.

“Within about the last 17 months, much research work was done. The status of treatment centres under NDA was identified, and areas of improvement were found. A situational analysis was done to know the drug situation in Maldives. A sector mapping was done to find out how much work different sectors needed to do together.”

Speaking about the issue of lack of space in the treatment centres, Imad said that by the beginning of January, all those issues will be solved, and the centres will accept clients at full capacity.

In addition to this, he noted that from now on, anyone can be admitted into the programmes at the detoxification centres without criminal records.

Imad also said that in accordance with international standards, the drug issue has been looked at as a health issue, and work has commenced towards this for the past 17 months.

Moreover, Imad said that right now, they were sitting down with all stakeholders to ensure this mindset sticks with everyone. He added that the results of this have been very positive.

In May 2021, President Ibrahim Mohamed Solih transferred the functions of NDA to the Ministry of Health.

During his interview, he remarked positively and praised this move by President Solih.

In the very first press given after taking office, Imad said that he intends to bring major changes to the entire structure of NDA, and show positive results to the people within a short period of time.

Imad Solih joins NDA as CEO with promise of reforms