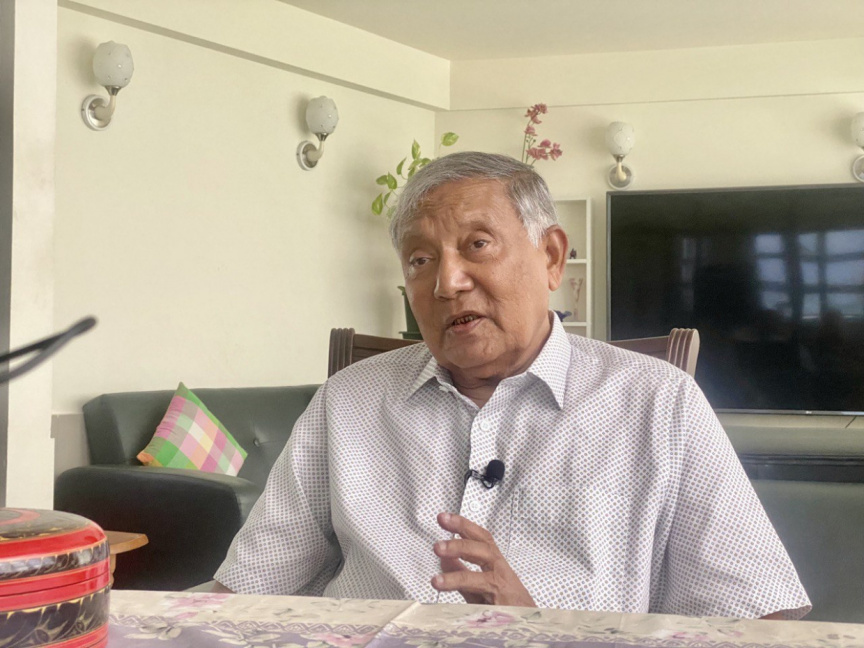 Ibrahim Manik passed away on Wednesday morning, at the age of 72, whilst being treated at a hospital in Bangalore, India. He had been ill for a long time prior to this. Ibrahim Manik is survived by three children. His wife, Fareesha Ibrahim, passed away a couple of years earlier.

Ibrahim Manik who served a long time at Dhivehi Raajjeyge Adu and TVM, was bestowed Lifetime Achievement Award at the Maldives Broadcasting Awards on September 14.

In July 24, 1974, Ibrahim Manik joined Dhivehi Raajjeyge Adu for a temporary post. He, who previously worked at Education Ministry, did not have any prior experience in the media sector. He changed from a temporary post to a permanent post in 1976. His diligent work, eventually, made him the head of Dhivehi Raajjeyge Adu. Later in the 1980s, he was appointed the head of TVM. After that, he also served as the minister in the area. He became the youth minister in 2006, after working 32 years in the broadcasting sector.

During a period of time Maldives lacked experienced people in the broadcasting sector – Ibrahim Manik undertook much effort to acquire training himself, and build people for the sector. In this regard, he had completed training programs on radio program production in the UK and Singapore. With the knowledge attained from these training programs – Ibrahim Manik produced many radio programs which were hits amongst Maldivians. In addition to this, he also trained other producers in Dhivehi Raajjeyge Adu with this knowledge.

Other projects he spearheaded included operations of the SAARC Summit held in the Maldives in 1990. Prior to that, local media outlets had not covered such a huge event. Providing liver coverage of the event to the world, and making arrangements for foreign media personnel arriving in the Maldives to cover the event. This was successfully done under the leadership of Ibrahim Manik.

The most prominent aspect of Ibrahim Manik’s leadership is perhaps the revolutionary changes he brought to both Dhivehi Raajjeyge Adu and TVM. Program recording and producing were computerized in accordance with his instructions. In 1994, he created a channel under the name ‘TVM Plus’ which brought hit shows to viewers such as ‘Heyyanboa’ which popularized music videos in the Maldives.

Ibrahim Manik had given an exclusive interview to Sun Siyam Media after receiving the Lifetime Achievement Award – which marks his last, and longest interview.