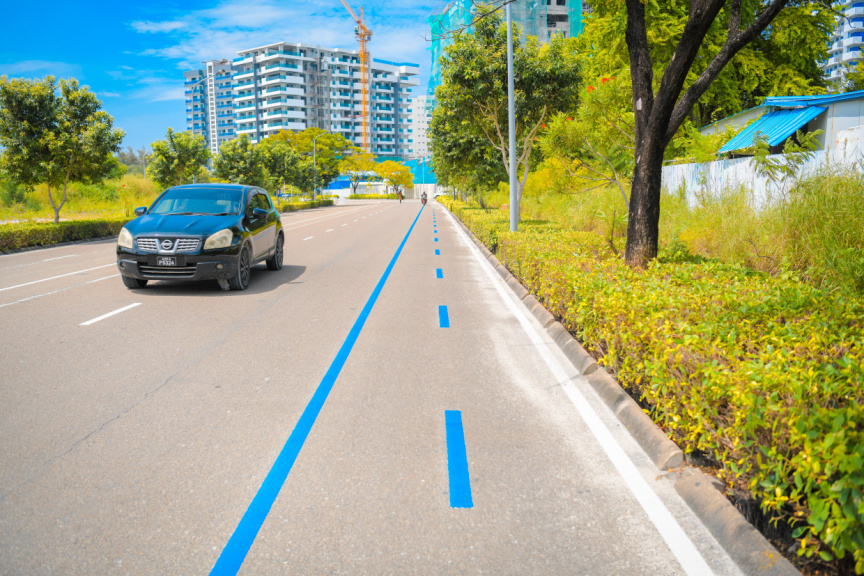 Among the new developments is the introduction of a bicycle line. Currently, the lane has been drawn in blue, near the Central Park area.

Work on drawing lanes commenced in late October. Drawing to separate main roads in Hulhumale’ into four lanes is ongoing even now.

Sharing information regarding this, the Assistant Manager PR Ahmed Mimrah said that they were working on finalizing the plans for changes to be brought to the roads.

“The changes we are bringing now to Hulhumale’ roads have not been completely finalized. But within this week, we will be able to finalize and will know the changes that will be brought to the design.”

A bicycle lane had not previously existed in Hulhumale’, however, the bridges linking phases one and two have dedicated areas for bicycles. It is believed that the lanes being drawn will connect to those on the bridges.

The lack of a dedicated bicycle lane has been a concern for those who ride. Many have raised the issue of there not being one on Sinamale’ Bridge even.