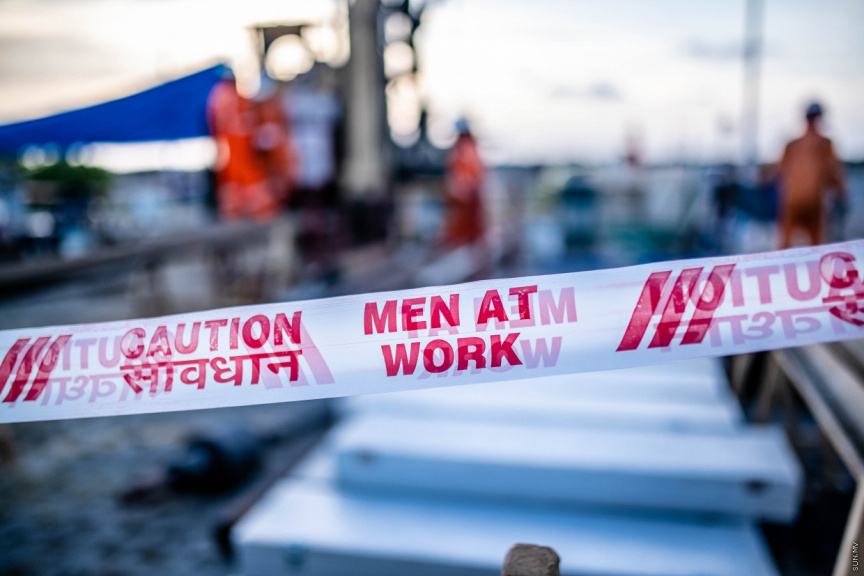 The wrecking of India’s Afcons Infrastructure’s platform on the Vilimale’ reef resulted in damages to a 2,755 square meter area of the reef, states Environmental Protection Agency (EPA).

Yuvraj, the self-elevating platform used by Afcons for the construction of the Thilamale’ Bridge wrecked on the Vilimale’ reef on August 16. It was refloated nearly two weeks later, on August 27.

In a statement Wednesday, Environmental Protection Agency (EPA) said a joint survey conducted by the EPA and Afcons from October 14-22 found the incident resulted in damages to a 2,755 square meter area of the reef.

The platform was refloated after nearly two weeks, on August 27. Meanwhile, the clean-up of the debris from the area was completed on September 4.