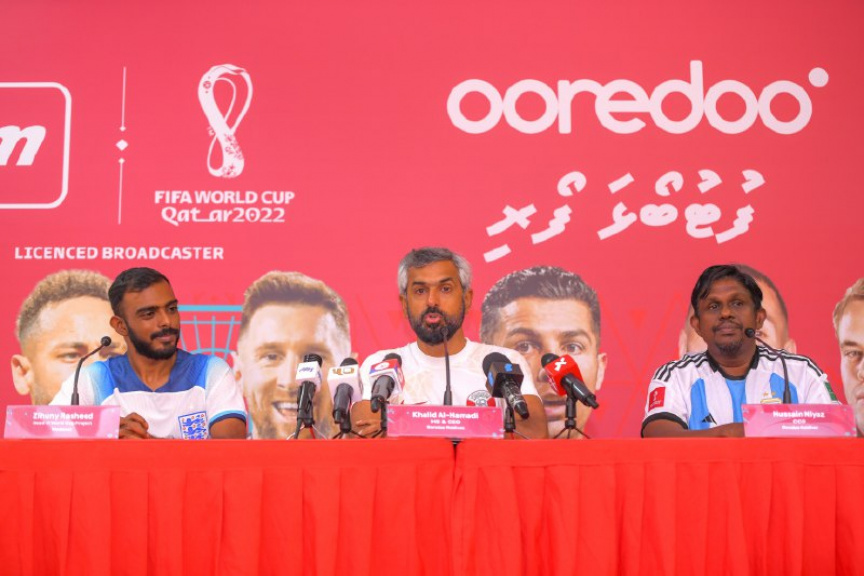 Ooredoo Maldives has announced plans to hold contests to dial up the excitement for the upcoming FIFA World Cup as part of its Ooredoo Football Foari campaign.

In a press conference Tuesday, Ooredoo said it will hold a contest with the local app Goalr in which customers can guess the score of matches. Seven customers who make the most correct guesses will win exciting prizes, including iPhone14, sea gear, watch, and resort trip.

The second contest is a PS football tournament. The contest will be held in Ooredoo ‘fan zones’ in four locations – Male’ City, Kulhudhuffushi City, Fuvahmulah City, and Addu City. The prizes on offer include PS5 and TV.

Ooredoo plans on collaborating with local councils to create fan zones in all inhabited islands, where residents can watch World Cup matches.

At the press conference, Ooredoo Maldives’ CEO and Managing Director Khalid Al-Hamadi launched a Dhivehi song for the World Cup.

Ooredoo has announced plans to launch additional programs for the World Cup – which is set to begin November 20.