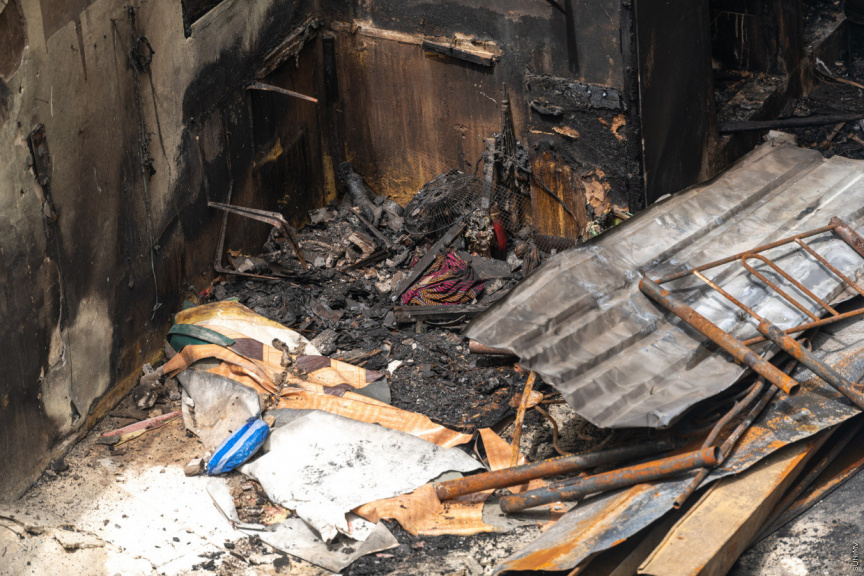 A human foot was found on Tuesday, during cleanup at M. Nirufehi – the scene of a devastating fire last week that killed 10 people.

The fire killed 10 migrant workers and critically injured one.

A police spokesperson said that the sole of a human foot was found during cleanup and debris clearance efforts at Nirufehi on Tuesday.

No further details have been released.

The spokesperson told Sun it is yet unclear if the foot belongs to one the 10 people confirmed dead in the fire, or another unknown victim.

The fire cleanup work is being carried out by Planning Ministry’s Public Works Services.

The police are coordinating efforts with the Maldivian Foreign Ministry and the Indian High Commission and the Bangladesh High Commission to transport the bodies of the victims back home to their families.

The bodies of three Indian nationals have been sent back home.