Five new schools to be built in Hulhumale’ Phase II 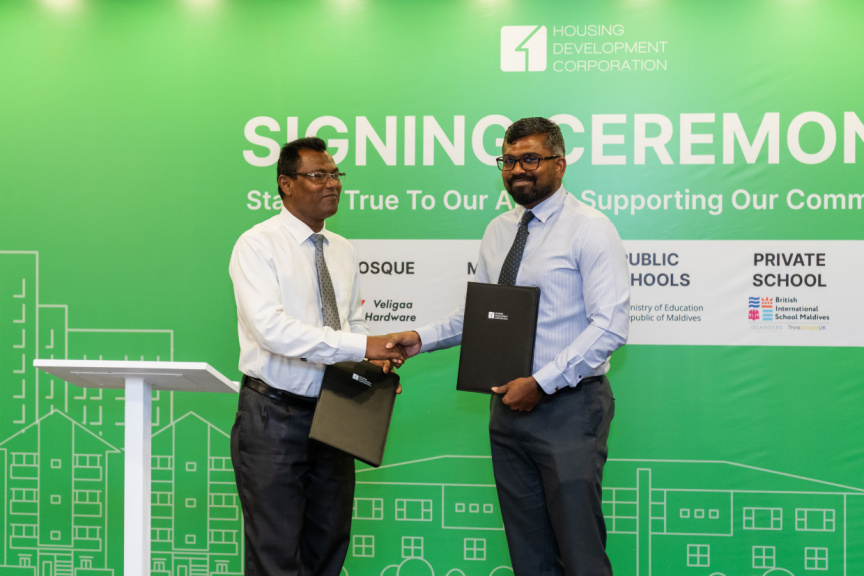 The agreements were signed Sunday.

The agreement for the development of the four public schools was signed by HDC’s Managing Director Ahmed Athif and Education Ministry’s Senior Policy Director Moosa Naeem.

According to HDC, the four public schools will be located in central Hulhumale’ Phase II, next to the Hiyaa projects.

Meanwhile, the agreement for the development of the international school, the British International School Maldives, was signed by HDC’s MD Athif and Islanders Education’s Chairman Abdul Rasheed.

According to HDC, the school is accredited by the Council of British International Schools.

The school, developed by Islanders Education in partnership with Think Simple UK, is braced to be an innovative and ecofriendly school.

Taxi rolls over in accident in Hulhumale’