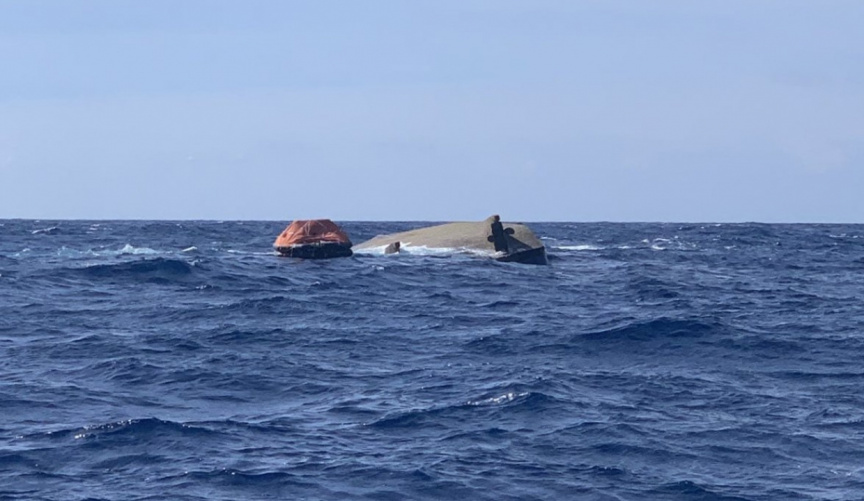 The migrant crew member who went missing after a cargo barge capsized off the coast of GDh. Faresmaathoda on Saturday has still not been found.

According to the Maldives National Defense Force (MNDF), the landing craft ‘Leo Success’ had been traveling from Faresmaathoda to Addu City with four crew members when it capsized 14 nautical miles off the island due to battery failure. One of the crew members, a migrant, went missing at sea.

In a statement on Sunday, MNDF said that the search operation of the missing crew member continues, both via sea and air.

MNDF did not disclose the identity of the missing crew member.

The incident was reported to authorities at approximately 12:50pm on Saturday afternoon.

According to the police, three of the four crew members were rescued by a boat operating nearby - Vaadhoo Seaweed. They were safely transported to GDh. Vaadhoo on Saturday evening.

MNDF said that more information will be disclosed regarding the case as the search progresses.