President: Maldives will not go bankrupt, no truth to rivals’ claims 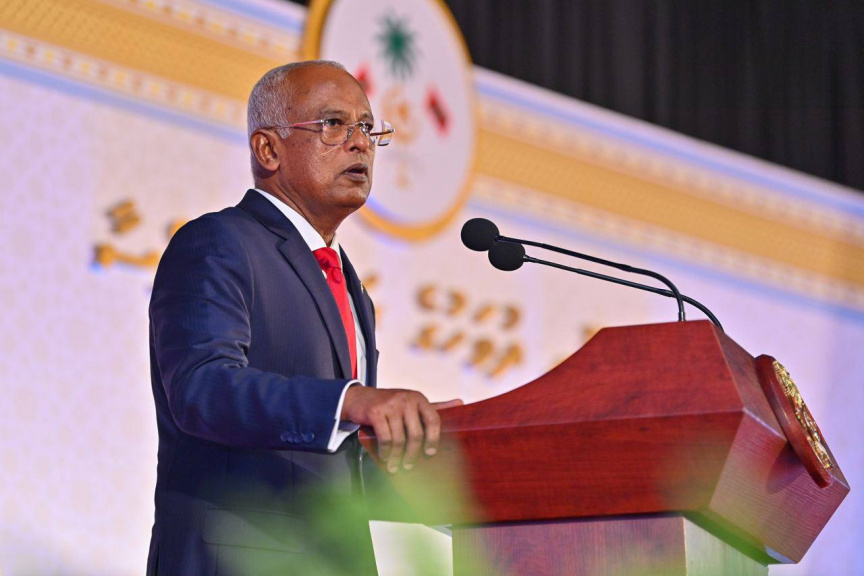 There is no truth to the opposition’s claims Maldives is headed towards bankruptcy, said President Ibrahim Mohamed Solih on Friday, maintaining that the country’s economic outlook looks promising, despite the recent downturn it faced due to global events.

He made the remark during the official function at Dharubaaruge on Friday evening to mark Maldives’ 55th Republic Day.

President Solih said the entire world, including Maldives, was facing economic challenges due to global events such as the Covid-19 pandemic and the Russia-Ukraine war.

He said the attempts to use the opportunity to create fear and uncertainty for political gain far outweigh the economic situation.

“They continue to create fear among the people of Maldives going bankrupt, the economy failing, and the people getting rendered destitute.  But the administration is alert to possible challenges. We are taking all measures necessary to overcome all challenges that could present itself. We have, In Sha Allah, overcome all challenges that have presented itself. The Maldivian economic meter is signaling a promising future,” he said.

He said the budget will be implemented in accordance with the advisement of financial institutions, and that his administration would take measures to deter any negative impact on the economy and the people.

“The administration has proposed changes to tax rates to boost the income as per the advice of international financial institutions. TGST is the state’s greatest source of foreign currency. The changes to the tax system will have a positive impact on the state’s reserves,” he said.