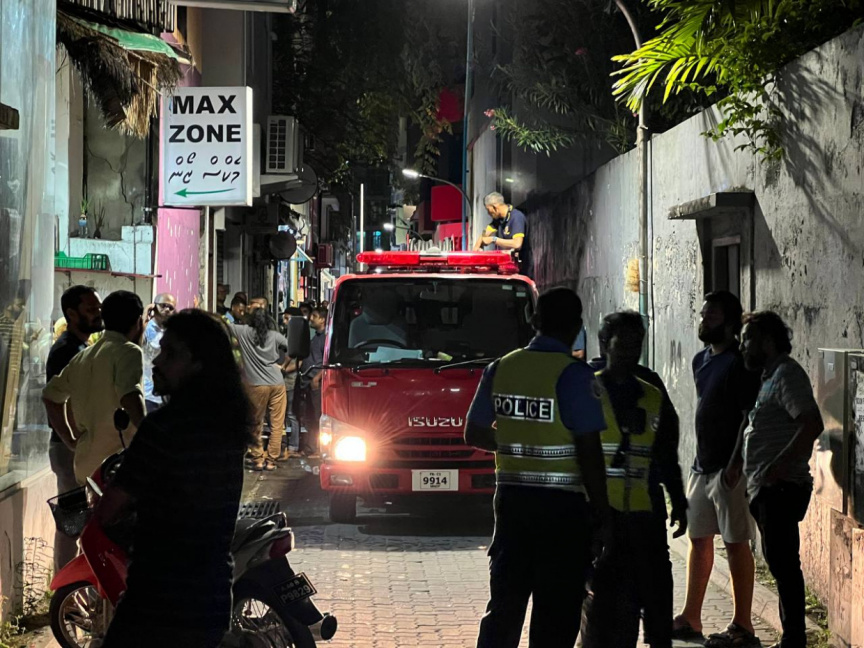 A fire broke out inside a home in Henveiru district of Male’ City on Thursday night.

Maldives National Defense Force (MNDF) initially reported that the fire broke out at the ground floor of a home in front of H. Karankaa, which was brought to their attention at approximately 9:23pm.

Mere minutes later at 9:42pm, MNDF stated that the fire had been controlled. They detailed that it was a cluster of waste kept at H. Saaz which caught on fire. No one was injured in the incident, they also said.

A journalist from Sun at the scene reported that the fire broke out inside a vacant home, where nobody lived.

The incident comes after the devastating fire at a garage in M. Nirufehi in Male' City on early Thursday morning, which resulted in the death of 10 people.