MJA urges for protection from crimes against journalists 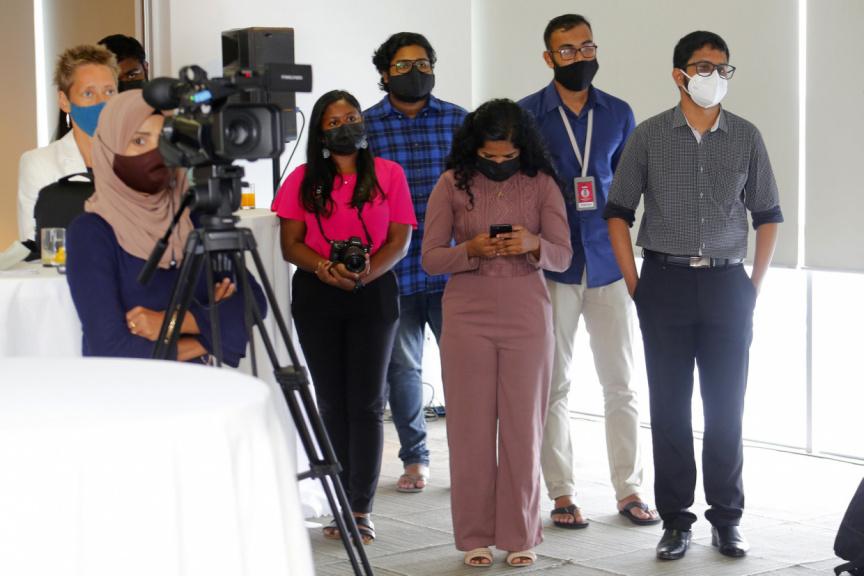 Maldives Journalist Association (MJA), on Wednesday, has called on the government to provide protection for journalists with respect to crimes committed against them, for the purpose of silencing them.

In a statement released on the occasion of ‘International Day to End Impunity for Crimes Against Journalists’ – MJA called for the implementation of six measures to ensure protection for journalists operating in the Maldives.

One of these measures was the public condemnation of crimes committed against journalists by the government in strongest of words.

The second is the probe of crimes against journalists as serious issues by political parties, and regulators of the media sector including sexual violence, and gender-based violence.

The third calls on the government to facilitate a more ideal environment for a fairer, and just probe of case involving crimes against journalists – including ensuring these probes produced results.

Meanwhile, the third measure put forth by MJA is the formulation of regulations in prosecuting and punishing individuals committing such crimes.

As a fourth measure – MJA proposed government’s participation in providing assistance to journalists who falls victim to a crime, alongside their families.

The last two measures by MJA was to provide protection for journalists with respect to online harassment and threats, and prioritizing the safety of journalists.

MJA’s President Ali Rifshan, commenting on their statement, emphasized on the lack of attention paid to ensuring the safety of journalists. He also expressed his belief that justice is not served for crimes committed against journalists.

“Henceforth, we call on government authorities to implement the six measures proposed by MJA, and collaboratively work towards achieving this,” he added.