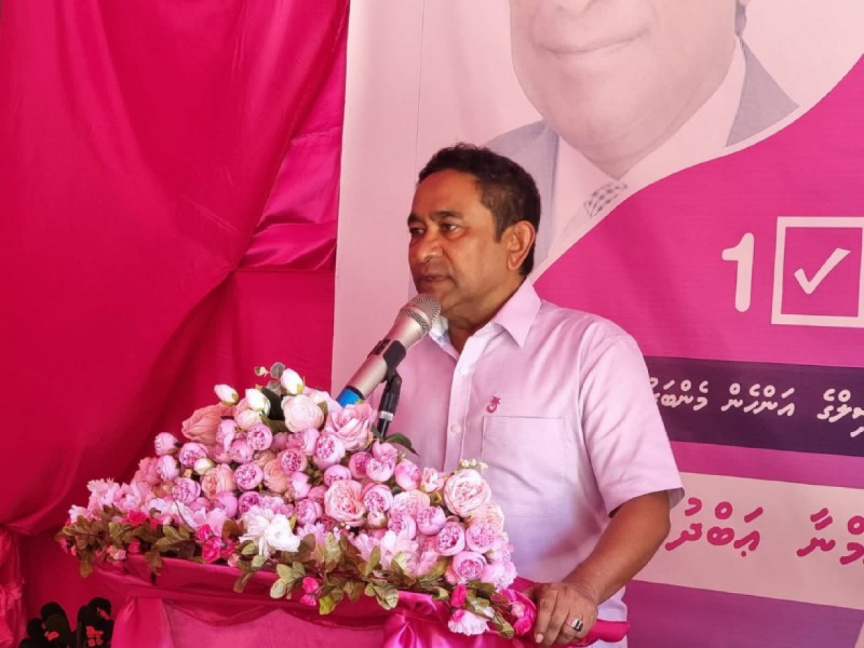 Speaking at ‘Maves PPM’ event held at N. Magoodhoo as part of Yameen’s ongoing tour of Noonu Atoll – he said that every time Maldivian Democratic Party (MDP) secures presidency, they shock the nation to its core.

Yameen said that the current situation of the Maldives calls for earnest work in defending the rights of its citizens.

Speaking during the event, Yameen also called upon relevant authorities to conduct and independent and just investigation into the death of Abdulla Rasheed, who passed on Tuesday, whilst in police custody. He added that the police were significantly politicize at present, due to which they cannot be trusted.

Yameen added that an autopsy of Abdulla’s body could uncover crucial information such as if he was beaten and time of death.

“Whether he pled with the police when he was sick, or facing major difficulties. These things can be known through an autopsy report,” he added.

As part of his ongoing tour of Noonu Atoll, Yameen visited Miladhoo this evening and inaugurated a campaign house of PPM. He will spend the night at Miladhoo and depart to capital of Noonu Atoll, Mandhoo on Thursday.

Arshad released again over lack of evidence to remand