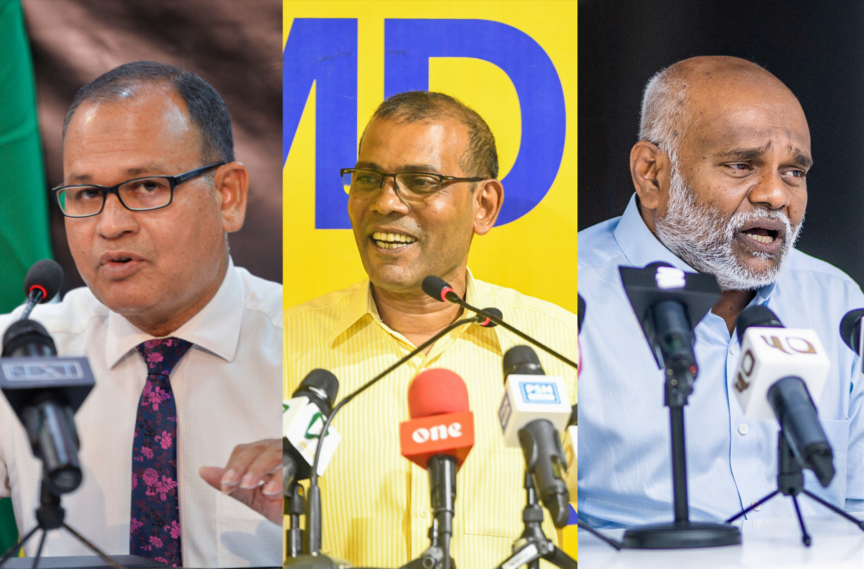 Minister of Economic Affairs Fayyaz Ismail has posed three questions for three who have spoken against the government’s stance on the Maldives-Mauritius issue.

Joining in on the ongoing debate regarding Maldives’ decision to back claims on Chagos by Mauritius, he sent out three Tweets addressing it.

The first of these was aimed at the Speaker of Parliament and Former President Mohamed Nasheed.

Referring to the former president’s stance stating that Chagos was part of Maldives, Fayyaz asked why in 2011, during his presidency an agreement was signed to set boundaries between Maldives and Mauritius.

In 2011, Nasheed visited Mauritius and met with the country's Prime Minister at the time Navinchandra Ramgoolam. The office of the PM released a statement on the discussions held during this meeting.

As per this statement, both Nasheed and Ramgoolam opposed the UK proclaiming the Chagos Archipelago and the area surrounding it between Maldives and Mauritius as a Marine Protected Area. Hence, both countries agreed to stand against this.

Moreover, the statement said that the leaders have agreed on establishing a joint commission to determine the borders of the overlapping region in a way that’s agreeable to Maldives and Mauritius.

In a social media post made by Nasheed on Tuesday, he said that there is multiple historical and cultural evidence to back Maldives’ claim over Peros Banhos – an atoll in the Chagos archipelago.

The second Tweet by Economic Minster Fayyaz was targeted at the sitting MP for the Maduvvari constituency Adam Shareef, who was the Minister of Defence during former President Abdulla Yameen Abdul Gayoom’s Presidency.

Fayyaz questioned why no action was taken by the government when in 2017, the International Court of Justice (ICJ) decided to recognize Chagos as part of Mauritius, and that it needed to be handed back to the country.

The MP had filed an emergency motion to the Parliament on Monday and had expressed fears that the decision to recognize Chagos as part of Mauritius may lead to losing part of Maldivian EEZ.

He also said that this change of stance on that issue might cause Maldives to close doors on advocating for itself.

Aimed at former Attorney General Dr Mohamed Munavvar, who had filled the role for 10 years.

The minister asked why in 1992, then AG was in conversation with the UK to establish boundaries between Maldives and Chagos.

Dr Munavvar had previously led counsel to the government on the Chagos issue. He has also been vocal in his disapproval of the current direction taken by the government.

Speaking on this issue, Dr Munavvar said that the government needs to let people know the decisions made in connection to this.

“The government is taking such issues very lightly. If a case is submitted against the government, the person responsible is tracked, making deals, and given money if a close acquaintance. If another, then something else is done. It’s being taken very lightly.”

He stressed that the government must not be taking territorial issues so lightly.

Maldives had contested ITLOS’ authority to delimitate the disputed area, but the tribunal decided on January 28, 2021, to hear the case.

AGO stated that Maldives has always supported decolonization, and that the decision by Maldives to vote in favor of the Chagos decolonization resolution in the UN General Assembly and the ongoing dispute at the ITLOS are two separate issues and that the vote will have no effect on the dispute.

Hanimaadhoo Airport project will be seen by elections