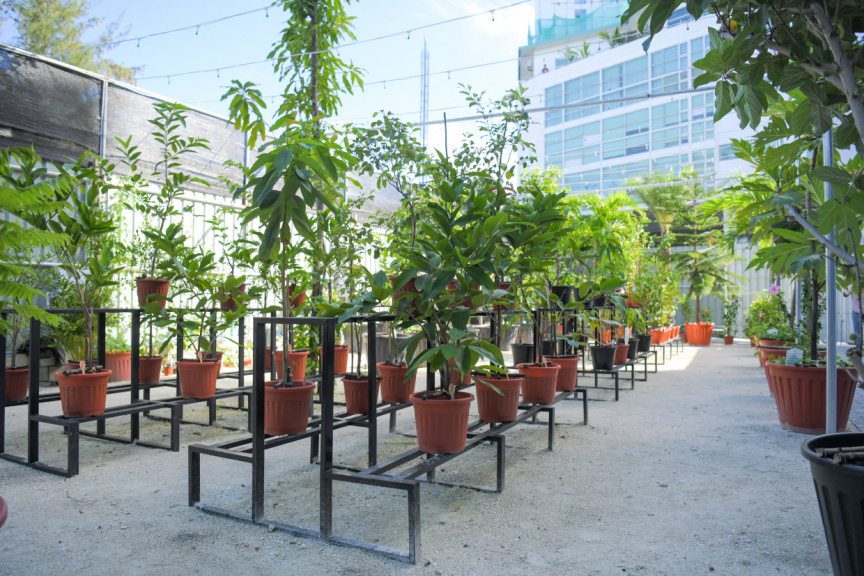 Economic Ministry states it is looking into the move by the Male’ City Council to operate an outlet to sell plants.

The Male’ City Council said ‘Male’ Fehi’ was opened to grow and manage plants under the ‘100,000 Tree’ program launched under its strategic action plan.

“In this case, the Male’ City Council has yet to register with the Economic Ministry,” he said.

Maiz said the Economic Ministry is looking into the case, and that the Male’ City Council will be issued a notice soon.

He said that the Economic Ministry will take action as required under laws and regulation as soon as it completes its investigation.

“Our stand in this is clear,” he said.

In a prior interview to Sun, Chair of Parliament’s Decentralization Committee, Hulhumale’ MP Ali Niyaz said the law does not allow for the city council to operate a plant sales outlet in Male’.

Niyaz said that while councils have the opportunity to operate businesses in order to generate income, regulations require councils to create a local authority company to operate the business, which must be approved by the Registrar of Companies.

“The Registrar of Companies has released a list of businesses councils can operate. One of the criterions considered for approval is whether it’s a common business in the island in question. Approval is given after looking at how much it could disrupt local businesses,” he said.

Niyaz said hotels, corner stores and plant outlets are common businesses in Male’, and that the regulation was drafted to bar councils from operating such businesses.

“Therefore, I don’t know based on what regulation or how the Male’ City Council is operating its current business,” he said.

Niyaz added that the Male’ City Council has many plots of land under its jurisdiction, and can grow and sell plants at a very low cost.

But the common folk often need to lease land to operate the business, meaning they cannot compete with the council, said Niyaz.

Dr. Muizzu said the project is being run to make Male’ greener and cleaner, and that he therefore hopes to gain nation-wide acceptance for the project.

Café Thaaseer asked to vacate premise over risk of fire

City Council set to roll out penalties for littering

Road monitors to be introduced in Male'