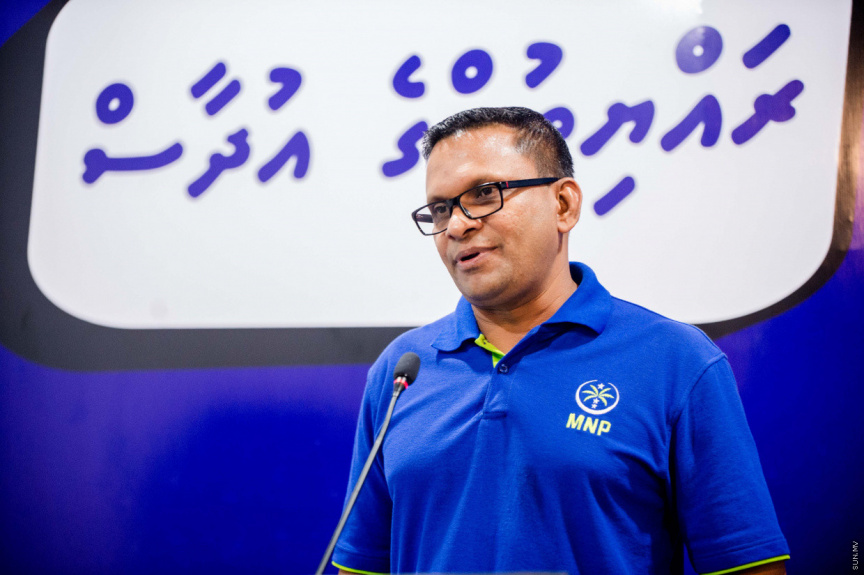 Maldives National Party (MNP)’s leader, Dhangethi MP Colonel (Retired) Mohamed Nazim, on Friday, has stated that next post he will be assuming from senior government positions is presidency.

Speaking during a broadcast of Raajje TV’s ‘Fashaairu’ program, Nazim expressed interest to compete in next year’s presidential election. He also confirmed that he will be running MNP’s primary, in line with the party’s policies.

“Based on the service I have dedicated to this country, I believe the next post I will assume is presidency. I have served to that extent,” he had said.

Nazim said that he has served in the most important posts of the government as of present. In this regard, he noted that he had served in many government offices during former President Dr. Mohamed Waheed’s administration.

“During President Yameen’s administration as well, I had served many posts,” he added.

Nazim said that he has learned how the country is run, alongside gaining experience. He added that he has also learnt the how the governing system is enforced.

“Especially as I work in the parliament now, there is no other post I have to fulfill,” he had said.

He detailed that a system needs to be established where individuals who wish to join a political party may do so by filling the form via an online portal which can be verified through an OTP.

“At present, I do not see a different between withdrawing money from a bank and joining a political party,” he remarked.

He said once such a system is established, the number of false admittance to political parties can be decreased, whilst the process of joining a political party would also become much easier.

Nazim: MNP will face the election by itself and win

'Freedom ensured for media will not be taken back'