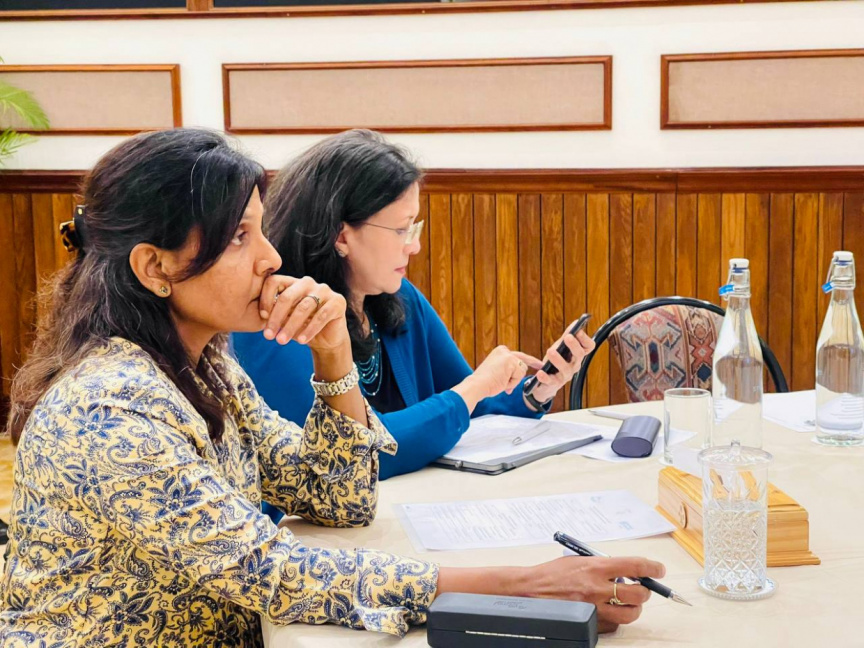 She made the comment in the closing of the media sensitization workshop on mental health, held by the Health Ministry in collaboration with the World Health Organization (WHO) Maldives, Maldives Media Council (MMC), Maldives Broadcasting Commission and Health Protection Agency (HPA) at Bandos Island Resort on Thursday.

Speaking at the closing ceremony, Fazna highlighted on the role of media in shaping the perception and attitudes of people.

She said the media had the power to produce positive outcomes by collaborating with the community to address mental health issues.

“We also need to do something for the people taking care of the people going through mental healing, the caretakers. The media can play a key role in this,” she said.

Fazna said she found reporters were asking too fewer questions regarding mental health issues and social issues during press conferences.

“I ask that you pay greater focus on mental health and social issues when you ask questions in press conferences,” she said.

Fazna asked reporters to ask about the progress of the Mental Health Act.

“And you could also ask about HPA’s Mental Health Program,” she said.

Fazna appealed to the media to perform its role in raising awareness on mental illness, and in holding the government accountable in such issues.

The workshop included sessions by Institute for Mental Well-Being, Center for Mental Health, WHO Maldives, MMC and BoardCom, including on reporting suicides, as well as group discussions and recommendations.

"Need to manage independence to built nation in union"

Mariyam Shafeeq back as head of NSPA