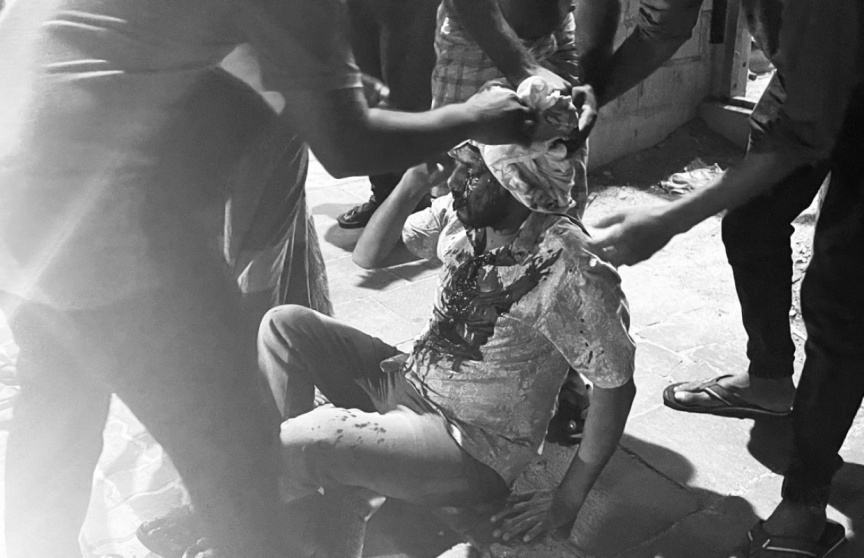 Migrant worker who was assaulted with an axe by a robber whilst trying to stop him. (Photo/Mihaaru)

Criminal Court has ordered the custody of the robber who fled after assaulting a man with an axe pending the outcome of his trial.

The incident took place on August 22, at a home in Maafannu district, Male’ City. The robber had assaulted the man who tried to stop him, a migrant worker, with an axe before fleeing the house.

One month into the incident, Police arrested a Bangladeshi national, Kaazy Mohamed Ismail, 28, in connection to the case on Wednesday.

Criminal Court, during a remand hearing, ordered Kaazy’s custody pending the outcome of his trial. He has a record of criminal offenses.

The police had initially reported that the injured migrant worker was the suspected robber, but later said preliminary findings showed he had not been the robber, but had attempted to stop the robber.