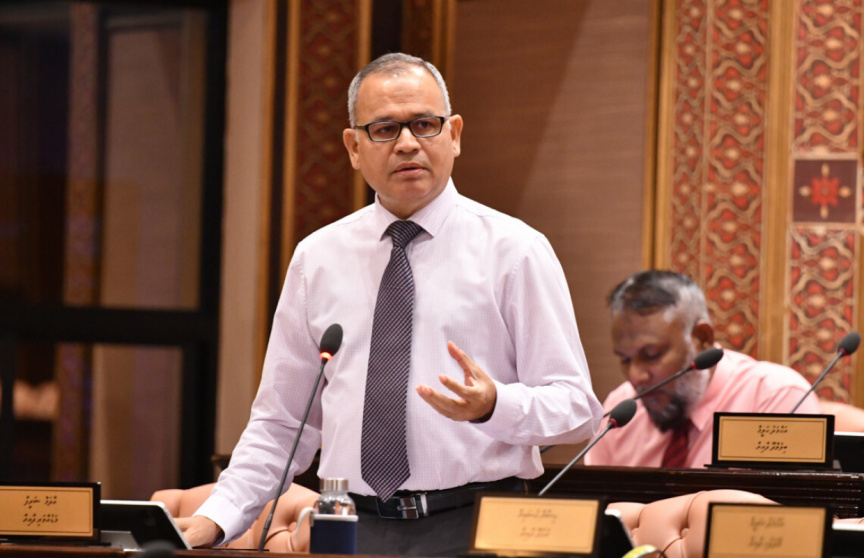 Parliament, on Wednesday, accepted a motion submitted calling on the government to make new appointments to the Supreme Council for Fatwa in the Maldives.

The motion was accepted at today’s parliamentary sitting by the votes of 27 members. Three members had voted to reject the motion.

Submitted by Maduvvari MP Adam Shareef Umar, the motion states that Article 2 of the Maldivian Constitution reads that the Maldivian government is based upon the principles of Islam. Despite this, he underscored the current administration had failed make new appointments to the Fatwa Council even days after the expiration of the term of the members appointed when the Council was first constituted during former President Abdulla Yameen Abdul Gayyoom’s administration.

In his motion, MP Shareef said that in a world where we are subjected to exist alongside others, Maldivians are influenced in different manners as a result of which an increase in religious violations and religious extremism has been observed.

“Difference in opinion on major religious issues, with different people issuing different Fatwas, has clouded the actual religious stance on matters, created divisions amongst Maldivians, and have paved way for fearful acts such as criminal offenses and violence,” he had said.

Therewith, he urged the government to expedite efforts to make new appointments to the Fatwa Council.

MP Shareef’s motion comes at a time a difference in opinion with respect to a religious perspective has driven debates amongst the public on the first couple’s – President Ibrahim Mohamed Solih and First Lady Fazna Ahmed – participation in the state funeral for late British Queen Elizabeth II.

Moreover, many had requested an opinion from the Fatwa Council regarding yoga, following the mob attack on International Day of Yoga celebrations held at National Stadium on June 21. However, at that time, Fatwa Council remained vacant, as no new appointments were made at the expiration of the term of then-sitting members.

The Supreme Council for Fatwa in the Maldives was established to replace the Fiqh Academy run under Islamic Ministry in 2016, during former President Abdulla Yameen Abdul Gayyom’s administration by the second amendment to the Religious Unity Act. However, the body failed to adequately function.