Nasheed defends president: Everything president says will do is not a pledge 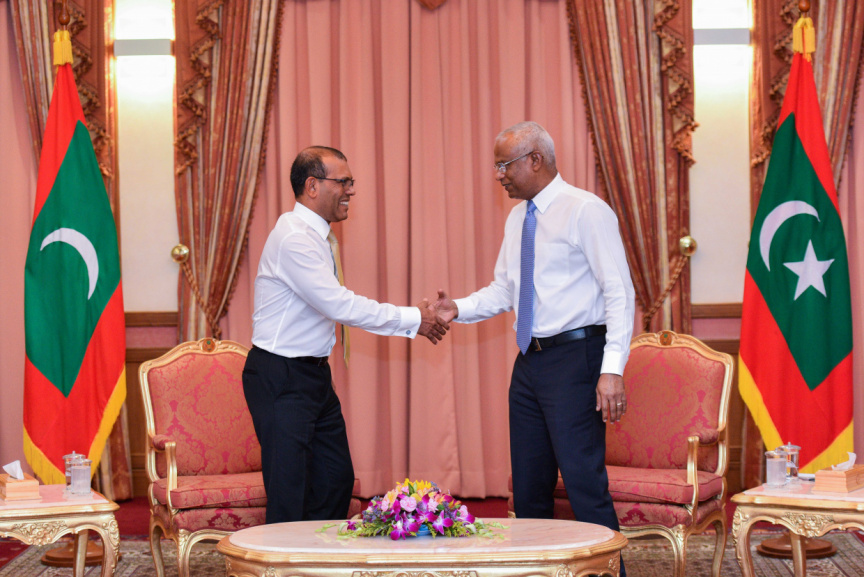 Ruling Maldivian Democratic Party’s (MDP) leader, Parliament Speaker Mohamed Nasheed stated on Wednesday that everything the president says will do whilst visiting islands for campaign is not a pledge.

Before Minister Aslam could respond to the question – Nasheed who was presiding over the sitting said that pledges made by political parties will be clearly stated on their manifestos.

“Honorable members state that president visited this island and that island, and said this. That this is pledge. Nevertheless, as I believe, what we should consider as a pledge is the ones written on manifesto,” he had said.

After his remarks – Nasheed allowed the Minister to answer MP Amir’s query. Minister Aslam had stated that at the time, he did not possess a list of pledges made to the constituency by the president.

“Therewith, I am unable to provide a direct answer to your query,” the Minister added.

Nasheed has spoken in defense of President Solih at time divisions have formed within MDP, with one faction supporting Nasheed, whilst the other support President Solih.