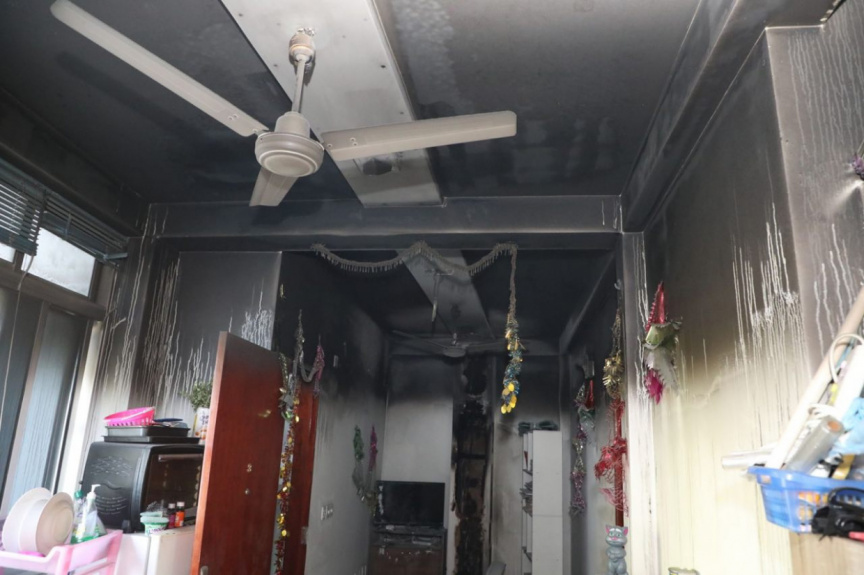 Fire which broke out at the third floor of G. Zamaanee Manzil controlled. (Photo/MNDF)

Two families have been provided temporary housing following the fire which broke out in a private residence in Galolhu district of Male’ City on Sunday, resulting in damages.

The fire broke out on the third floor of G. Zamaanee Manzil at approximately 02:50 pm.

Although no one was injured in the fire, two apartments at the residence were damaged.

Although the fire broke out on the third floor – NDMA also provided temporary housing for the family that was residing on the fourth floor of G. Zamaanee Manzil.

In this regard, they detailed that two families have been granted funds for temporary housing for a period of two days. During these two days, NDMA detailed that the electricity wiring issues will be fixed under the guidance of MNDF, and the apartments will be cleaned.

NDMA said that both families will be relocated back to their homes after two days.

"Education sector can be marketed as tourism sector is"