48,000 people travel on minibus in one week of service’s launch in Male’ 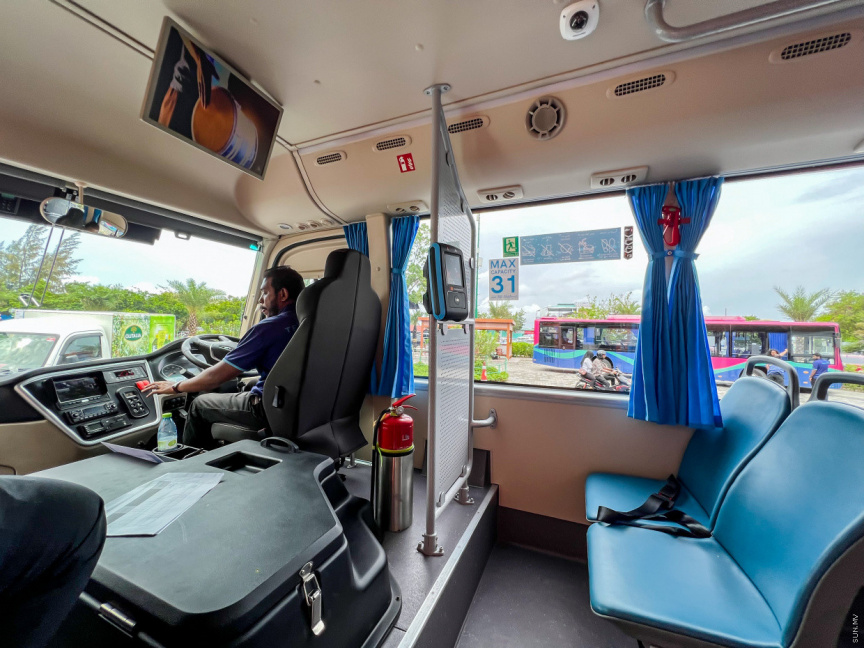 Minibuses carried over 48,000 passengers in the one week since Maldives Transport and Contracting Company (MTCC) launched its Raajje Transport Link (RTL) minibus service in Male’ City.

According to the statistics shared by MTCC, 48,370 people travelled on its minibuses from September 5-11.

It the first week, the minibuses made total 2,000 trips.

The first two weeks are a trial round, allowing people to travel on the bus for free.

Meanwhile, taxi drivers report the launch of a public bus transport system in Male’ City has had a significant impact on their income, with drivers reporting a 35-45 percent loss in earnings.

Taxi drivers who spoke to Sun said because the bus service is free during trial round, many passengers are choosing to get on the bus without waiting for a taxi.

Starting September 19, MTCC will begin charging MVR 7 as bus fare. However, the service will continue to be free for school students in uniform, people above the age of 65 years, children under the age of three years, and people with disabilities.

The minibuses will travel in 10–15-minute intervals from 05:45 hours to 00:15 hours on three routes; the Ameenee route, the Sosun route, and the Orchid route. There are total 40 bus stops in the three routes.

MTCC launched the service with 18 minibuses, eight of which have ramps and designated spaces for wheelchairs.

The bus for people with disabilities will have 20 seats, while other buses are all 22-seaters.

Up to 10 people can travel standing up on the buses.