Items thrown off Hiyaa Flat by patient with mental illness 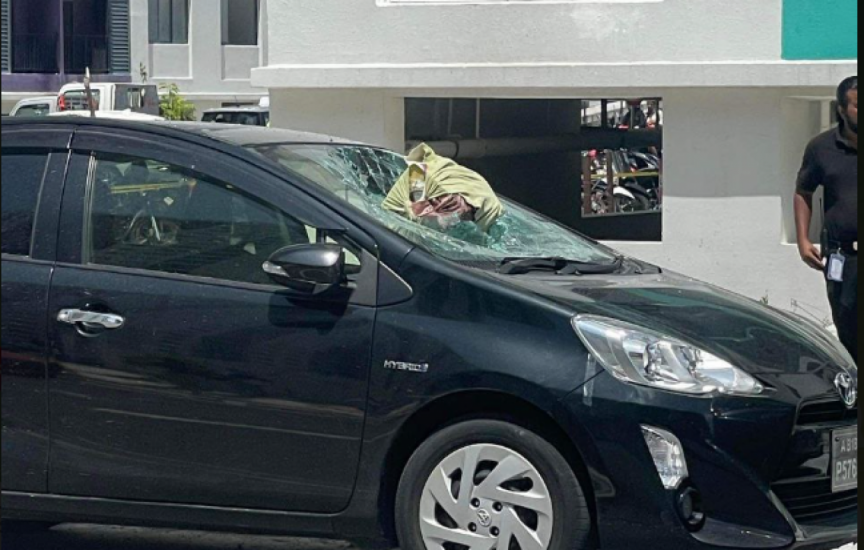 Sun has learned that it was a patient with mental illness who threw off items to the road from a Hiyaa Flat which resulted in significant damage to some vehicles.

The incident took take place this afternoon – items being thrown off from the balcony of unit on the 17th floor of Hiyaa Tower 4. A video of the incident which went viral on social media shows a woman throwing off household items kept at balcony, to the road. These items included pots used for planting and kitchen utensils.

Three vehicles were hit by the items thrown by the woman. In this regard, a parked car had its windscreen completely shattered on impact, whilst a parked pickup’s windscreen was partially shattered. Another pickup also sustained damages.

Sun has learned that the act was committed by a 42-year-old Maldivian woman who is suffering from severe mental illnesses. At the time she committed the act, only herself, and a child was in the apartment.

Sun has also learned that police are undertaking efforts to take the women to doctors, under Gender Ministry’s supervision. The police are also working on holding discussions with the woman’s husband and her family.

Police said that the case was under further investigation, but disclosed no other details.

The incident has instilled fear amongst people, as the items thrown could have possibly hit a person, resulting in injuries.