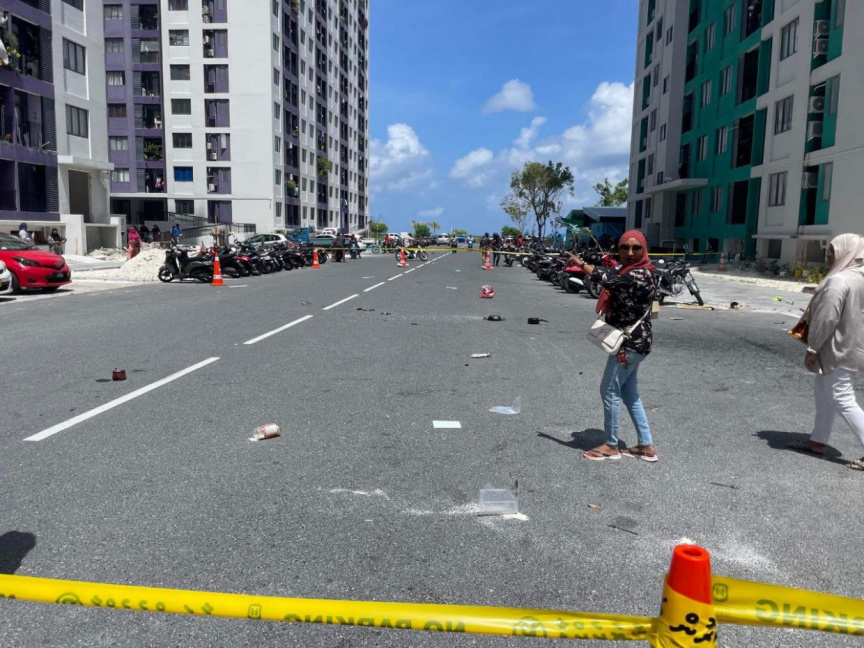 Household items were thrown on the road from a flat in the Hiyaa towers. (Photo / reader)

Household items thrown out from a flat in one of the Hiyaa Flats towers located in Hulhumale Phase II have greatly damaged vehicles parked on the road below.

The incident occurred on Sunday afternoon when items were thrown out from the balcony of an apartment in the 17th floor of tower four.

Videos and photographs uploaded by people at the scene to various social media platforms show a woman throwing things such as plant pots, pots and pans, cutleries, a knife and much more. The items were seen all over the road.

The footages show at least three vehicles damaged by the items thrown. The windscreen of a car was entirely smashed while the pickup parked next to it was partially smashed, and another pickup was damaged as well.

Maldives Police Services revealed that the incident was reported at 12:53 pm, and they were currently investigating the matter.