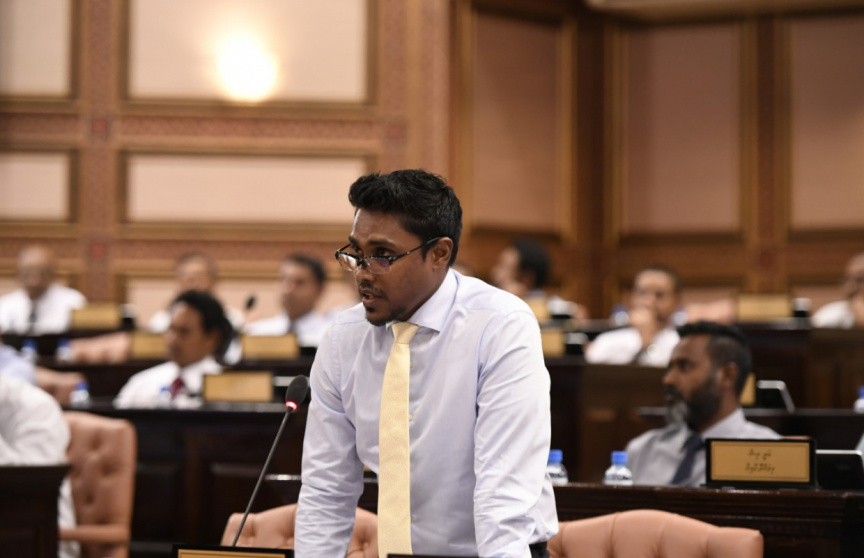 Parliament Speaker Mohamed Nasheed, on Wednesday, has stated that the parliament is inquiring about the end date of South Mahchangoalhi Mp Ahmed Haitham’s leave, as they have not been made aware of it.

Whilst commencing today’s parliamentary sitting, Speaker Nasheed underscored that five parliamentarians were on leave for the day, adding that MP Haitham had not specified the end date of his leave.

“Have requested the honorable member to clarify this with the parliament,” Nasheed added.

The parliament’s attendance has been significantly lower recently, with today’s sitting commencing with just 31 members. The first sitting of the ongoing session of the parliament also only saw the attendance of 43 members out of 87 members.

Whilst attendance remains poor – members debating on bills have also significantly decreased. In this regard, some members have debated on the same bill more than twice, due to the lack of members in attendance for the debate sessions.

There are eight pending matters on the parliament floor at present. However, sittings continue to be cut short over the absence of members to participate in debates and other proceedings.