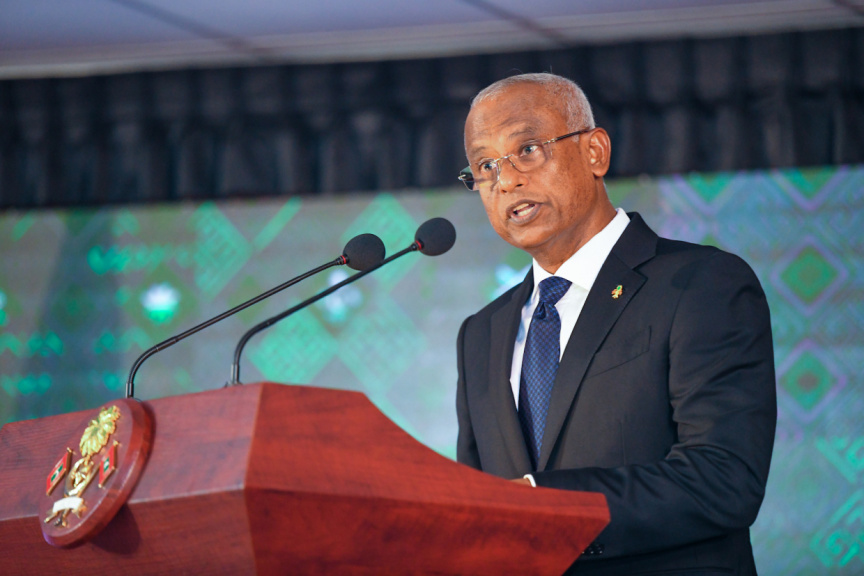 He made the pledge during a ceremony on Tuesday to celebrate MCS’s 51st anniversary.

Speaking at the ceremony, President Solih commended MCS’s employees for their hard work.

“The national service you are rendering for the sake of the entire community deserves gratitude and commendation,” he said.

President Solih acknowledged the difficulties faced by prison officers in fulfilling their responsibilities.

He said he would therefore work to arrange housing for MCS’s employees under a state housing project.

He also promised to solve the difficulties in arranging accommodation for prison officers.

President Solih said he had conducted an audit of the prisons – which had been one of the pledges for the first 100 days of his administration. He said the purpose of the audit was to ensure the prisons were run in compliance with international conventions, with respect to the rights and dignity of inmates.

“The audit uncovered there are many changes that need to be brought to administration of prisons and in inmate-related affairs,” he said.

He said that prison overcrowding was an issue that required urgent action.

He said his administration was working to expand capacity in prisons to resolve the issue.

President Solih said Transparency Maldives had recently conducted a study of prisons at the request of the government and Home Ministry.

“What we found in the study is inmates are currently caught in two dangerous waves. One is the influence of drug addicts and people who traffic drugs, and the second is having inmates commit crimes after radicalizing them,” he said.

President Solih said the solution to countering the spread of extremism in Maldives wasn’t to arrest all violent extremists, but to deradicalize them.

“Deradicalization programs must be conducted for such inmates. We have established a 100-person unit at the Maafushi Prison, and are preparing to begin this work,” he said.

President Solih said inmates shouldn’t be made to spend their whole lives behind bars, but must be rehabilitated and reintegrated into society.