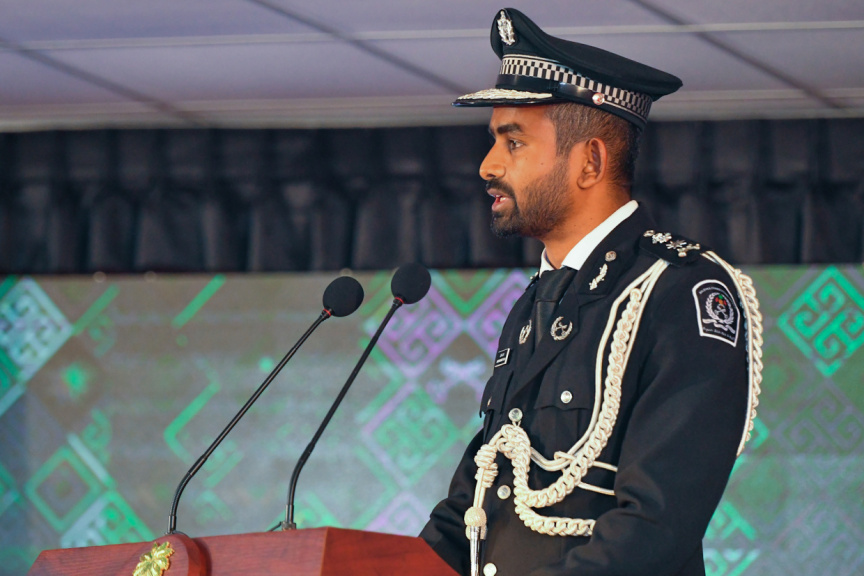 Commissioner of Prisons Ahmed Mohamed Fulhu on Tuesday said that in order to improve the situation in jail, President Ibrahim Mohamed Solih inquired about the conditions of jails.

Speaking at the ceremony held to mark the 51st anniversary of Maldives Correctional Services, the CP said that President Solih asked for an audit of the jails within the first 100 days of the administration.

“[He] submitted things flagged from this audit to us for improvement.”

He went on to state that Corrections undertook the task of improving the conditions in the kails while being fully aware of the current situations.

Highlighting that changes to the administrative structure were brought to strengthen the functioning, he added that they were also probing into the various crimes committed by jail officers.

“Seeking out and investigating various crimes committed by jail officers and employees have begun. Within the last three years, 56 cases have been investigated under professional standards.”

Furthermore, CP Ahmed noted that they have prioritised making employees more capable like never before.

Additionally, he stated that the most urgent solution was needed for the issue of those remanded until the end of the trial, adding that at the moment there were over 300 people detained even now.

The CP also stressed the hard work done by jail officers during the difficult times of the Covid pandemic.

'Issue isn't the dialect, but violation of regulations'