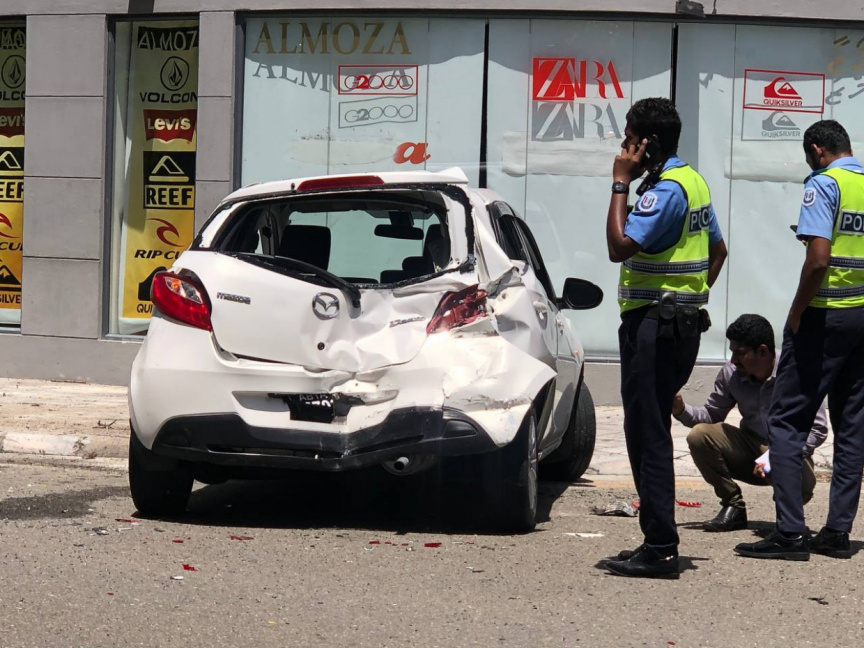 Car involved in crash with MTCC bus on September 2, 2022.

A Maldives Transport and Contracting Company’s (MTCC) bus crashed into a parked car in Hulhumale’ Nirolhu Magu on Friday morning.

A Police Spokesperson said that an accident involving a MTCC bus and a parked car was reported to authorities at 10:07am this morning. It was noted that no one was injured in the accident.

“Police are investigating the accident further,” the Spokesperson added.

Although no one was injured in the accident, both the bus and the car took in serious damage during impact.

Worker falls from seventh floor of a building in Male’