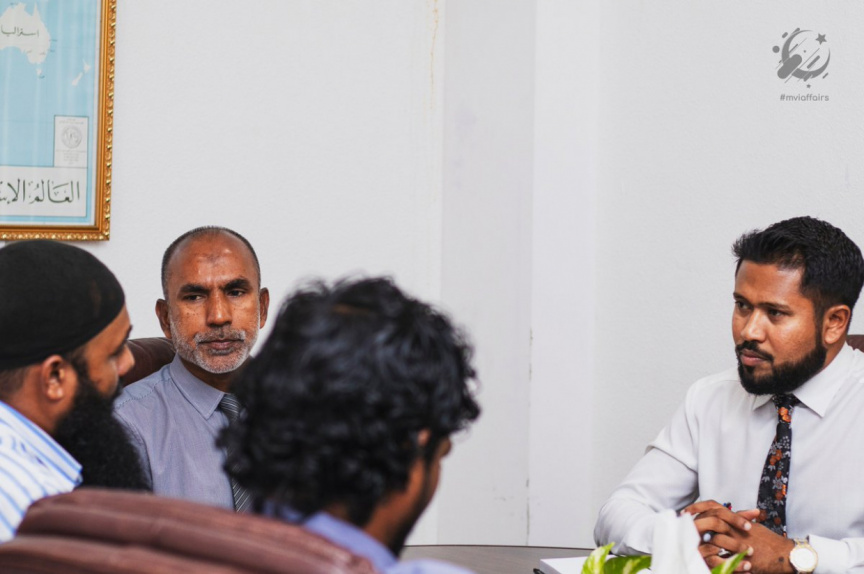 Musabu Abdulla (R) who was formerly the Permanent Secretary at the Ministry of Islamic Affairs has won the case against Civil Service Commission, and the High Court declared his dismissal as wrongful. (Photo / Islamic Ministry)

The High Court on Sunday sentenced Musabu Abdulla to be removed wrongfully from the post of Permanent Secretary at the Ministry of Islamic Affairs.

Musabu was appointed as permanent secretary on July 25, 2017. While he was fulfilling the role, he was suspended on May 29. 2019, following four cases lodged against him at the Civil Service Commission (CSC).

Although he was initially suspended with salary, the suspension was later increased four times, all of which were incremented on a no-pay basis.

After investigations into the cases against him, Musabu was dismissed from the post on September 10, 2021.

Claiming that he was unfairly dismissed, he lodged a case against the CSC to reinstate his position, seeking salary and benefits from the date he was placed on no pay, compensation for repercussions faced due to loss of employment, and expenses on legal assistance.

The Civil Court had sentenced that CSC had dismissed him rightfully, in accordance with procedures.

The sentence by High Court stated that Musabu was dismissed unlawfully, hence he is to be granted salary and other benefits until the date of the appeal.

However, despite asking to be reinstated to his former position, the court declined as another has already been appointed to the post in question.

Judge Shuaib to retire on November 22