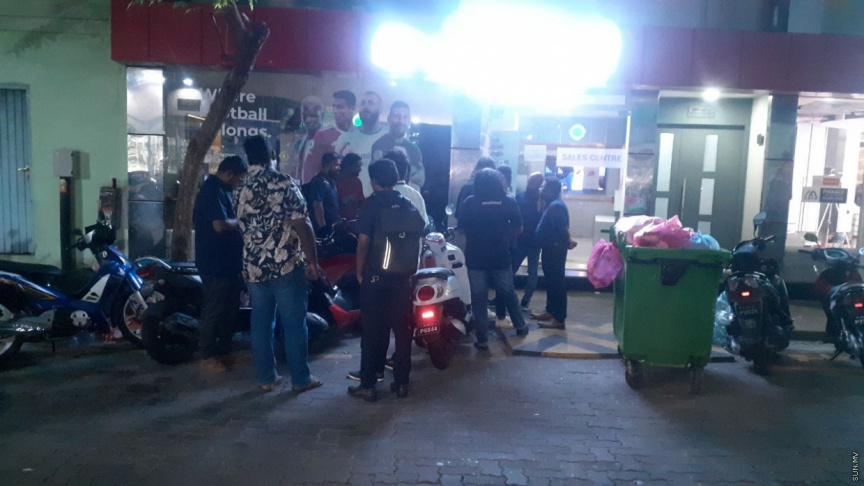 Police have arrested two suspects in connection to an assault which took place at the Medianet office in Maafannu district of Male’ City last week.

The incident, which took place on Thursday, August 18, involved a group of masked men who barged into the Medianet office, located on Orchid Magu, and attacked a man.

The police said they arrested two suspects in connection to the case on Monday; a 19-year-old man and a 22-year-old man.

They were presented to the Criminal Court for their remand hearing Monday.

The victim of the attack was treated at the hospital.

The attack is part of a series of gang-related attacks in Male’ City which began last week.

Two people were injured after getting attacked with iron rods and wooden batons on a road in Male’ on Monday, August 15.  The police arrested a 19-year-old man in connection to the incident on Wednesday, August 17. He was remanded in custody of police for five days.

On Tuesday, August 16, police arrested four suspects – a 19-year-old man, two 21-year-old men and a 27-year-old man – for attempted assault. They were on motorcycles carrying iron rods, which they threw on the street. One of the men was carrying a small knife in his pocket.

They were remanded in custody of police for seven days.

And a second attack took place Thursday, August 18, mere hours after the attack at Medianet. Three people were arrested in connection to the incident. Police have not disclosed their identities.

'Inhumane acts can only be stopped by enforcing law'