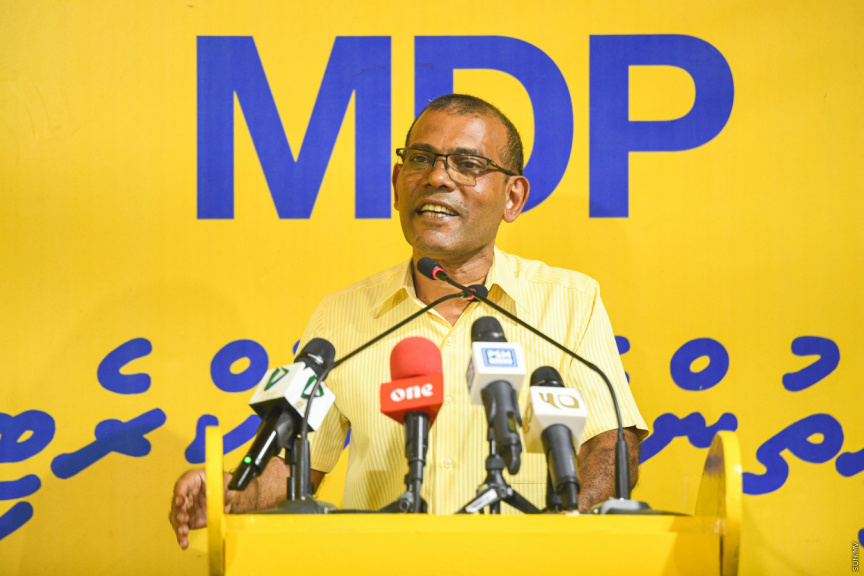 Speaking at an event held at MDP’s campaign house regarding the parliamentary system campaign – Nasheed said that the president getting involved in such talks pertaining to the governance system is extremely upsetting, adding that the matter was of no relevance to him.

“By any means, the president needs not to involve himself in such talks pertaining to the governance system. In reality, this is not a topic that is related to the president at all,” he had said.

Nasheed said that referendums are held at many countries for differing reasons.

“Smart leaders of nations do not involve themselves in such votes. Will choose the winning side. The president needs not to state which side he is on,” he added.

Speaking further, Nasheed said that he will not cease the campaign for a parliamentary system in the Maldives even if President Solih is against the matter.

In this regard, Nasheed has submitted a resolution to MDP’s congress scheduled for tonight – on holding a constitutional referendum to switch the governing system from a presidential system to a parliamentary system. The resolution dictates that if it receives approval from the congress – major amendments to the constitution would be proposed for the implementation of a parliamentary system.

In an interview to Raajje TV on last Tuesday, President Solih requested Nasheed to withdraw his resolution citing that the Maldives was not in a suitable state to hold a constitutional referendum to change the governance system at present.

In an earlier statement, he has however stated that the governance system can only be changed through a constitutional referendum.