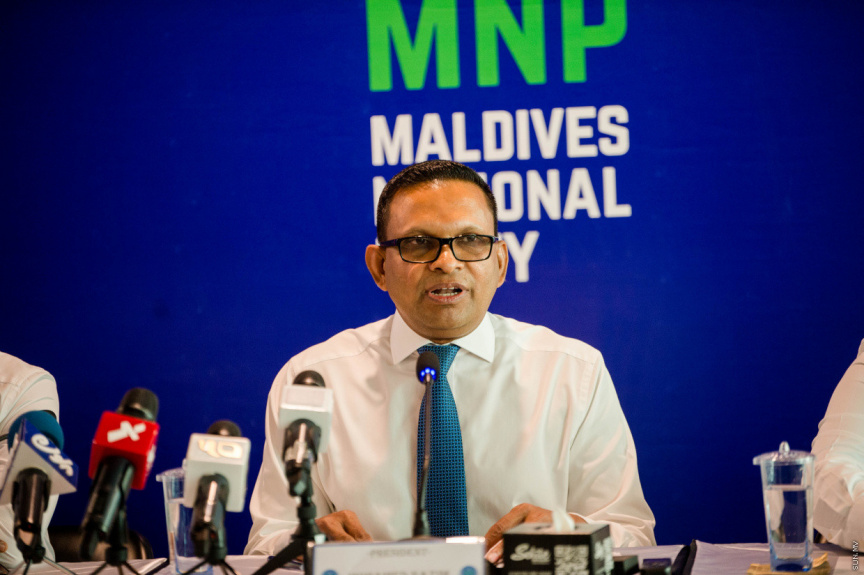 Leader of Maldives National Party (MNP) Dhangethi MP Colonel (Retired) Mohamed Nazim said that changing the governing system to a Parliamentary one would be an obstacle to the development of Maldives.

Speaking about this to Sun, MP Nazim said that in a Parliamentary system, development projects will be delayed with constant shifts in those in power.

He added that there would be constant attempts to remove the prime minister with financial influences.

“Because of this, development work will get delayed. So it is not at all a beneficial system for Maldives.”

“If the Parliamentary system comes, the rich in Maldives will use the money to gain Parliament seat, and use that to get to the prime minister post.”

Nazim further stressed that the Parliamentary system will come with a lot of financial influences, leading to political unrest.

Noting that the Presidential system allows people to choose who they want as their leader, he said that with its separation of powers, there is room for more accountability.

Additionally, he said that he does not see a need to take a vote to determine what governing system should be in Maldives.

“In 2007, with the full support of the people, it was determined that a Presidential system was to be in Maldives. The people have expressed what they want. There is no need to take any more votes.”

He also added that only a few in the Parliament support this.

In addition to Nazim, many other leaders of the Maldivian political arena have spoken against implementing a Parliamentary system for a country as small as Maldives.