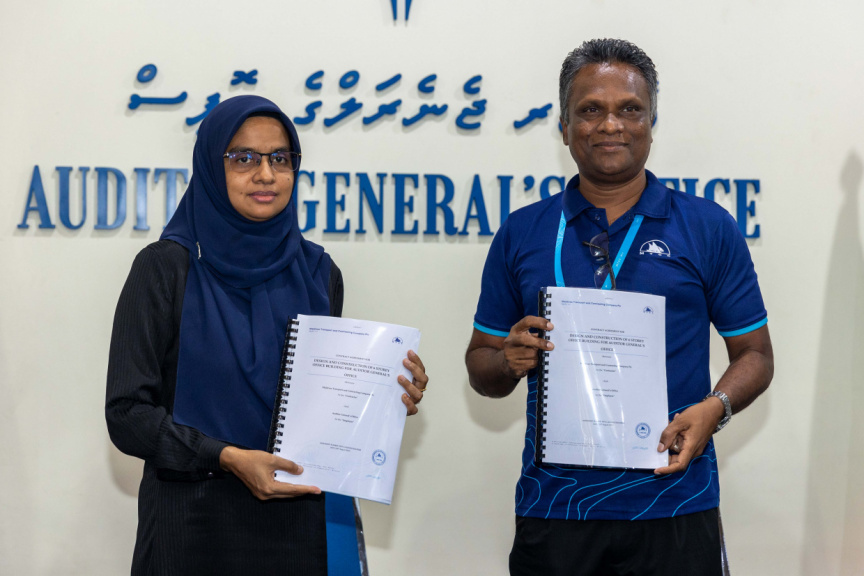 Maldives Transport and Contracting Company (MTCC) has been contracted the construction of a new office building for Auditor General’s Office.

At a ceremony held on Wednesday, the agreement pertaining to the project was signed by Auditor General’s Office’s Corporate Services Director Nishwa Firaq and MTCC’s CEO, Managing Director Adam Azim.

The six-floor building is being constructed at Hulhumale’ Phase I.  MTCC has agreed to complete the construction within two years.

Speaking at the ceremony, Auditor General Hussain Niyazy said that the new building will be a significant step forward in efforts to ensure the correct use of government’s facilities, increase transparency and kickup efforts increase responsibility.

He also noted that accommodation of Institute of Chartered Accountants of the Maldives in the building will strengthen public and private sector accounting – as the infrastructural and administrative facilities required to achieve this will be fulfilled with the building.

At present, Auditor General’s Office is situated in Gaazee Building, which is a very old establishment. The office has undertaken many efforts move from the building.