Cargo boat with 16 onboard runs aground on Maamendhoo reef 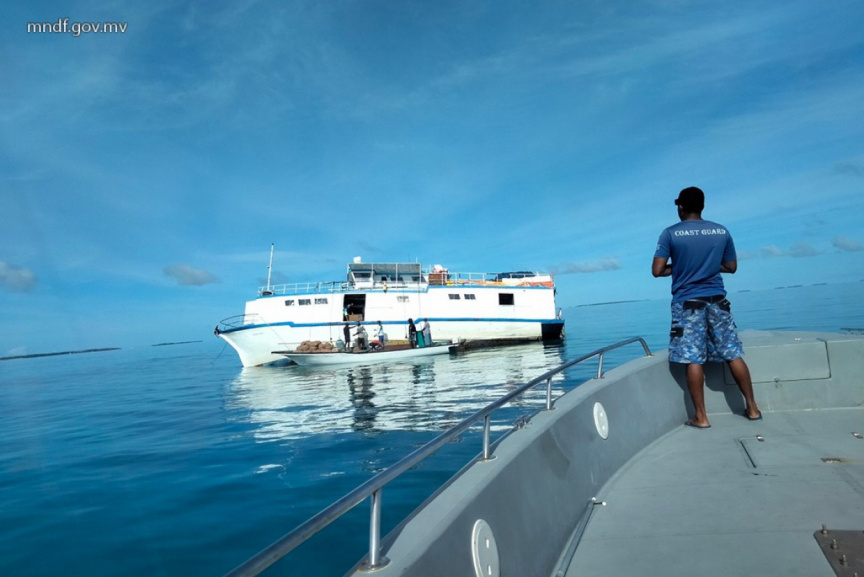 A cargo boat travelling with 16 onboard ran aground early Tuesday morning on L. Maamendhoo reef.

The boat named ‘Newline’ was traveling from Male’ City to Addu City at the time the incident occurred.

Maldives National Defense Force (MNDF) reported that Coastguard was informed of a vessel running aground Maamendhoo’s northside reef at approximately 3:25am on Tuesday morning.

They further detailed that efforts to vacate the cargo aboard the vessel to Maamendhoo commenced at approximately 8:15am this morning. It was noted that officers of all components in MNDF’s Central Area Command was partaking in this work.

MNDF said efforts to refloat the boat will commence after all the cargo on the vessel has been vacated.

27 aboard on speedboat evacuated after engine stalls