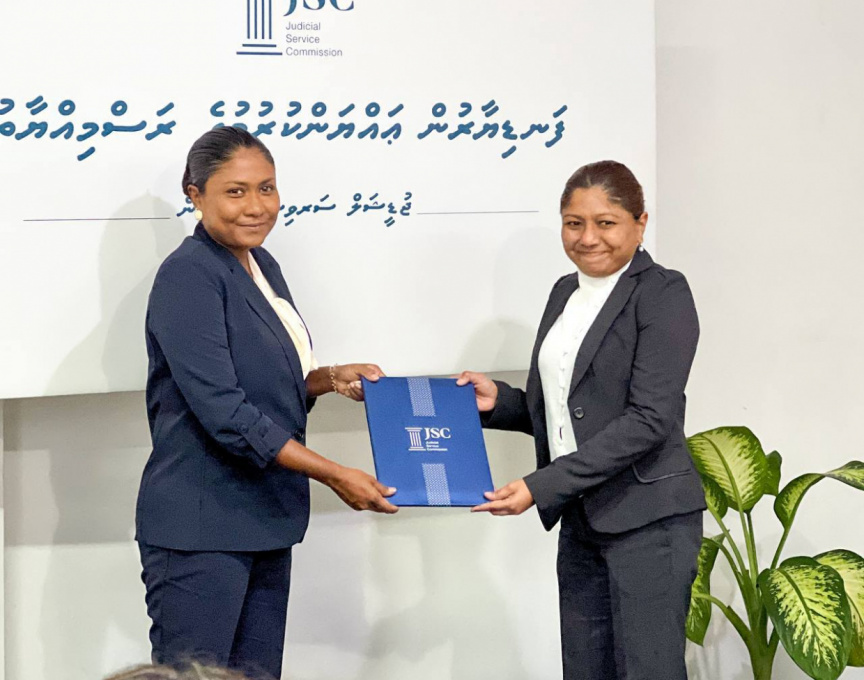 JSC took the decision after interviewing applicants for the two vacancies for judges at High Court.

Dheebanaz who was the first female judge to sit in the Criminal Court has a Bachelor of Law (Honors) from Islamic University Malaysia, and a Master of Law from University of Canterbury in New Zealand. She has 17 years of experience in criminal litigation – including having served as the Deputy Prosecutor General.

Meanwhile, Saleem completed his bachelor’s degree from the Islamic University of Maldives. He has served as a legal officer at High Court for 12 years.

2 arrested for fake bookings under names of companies