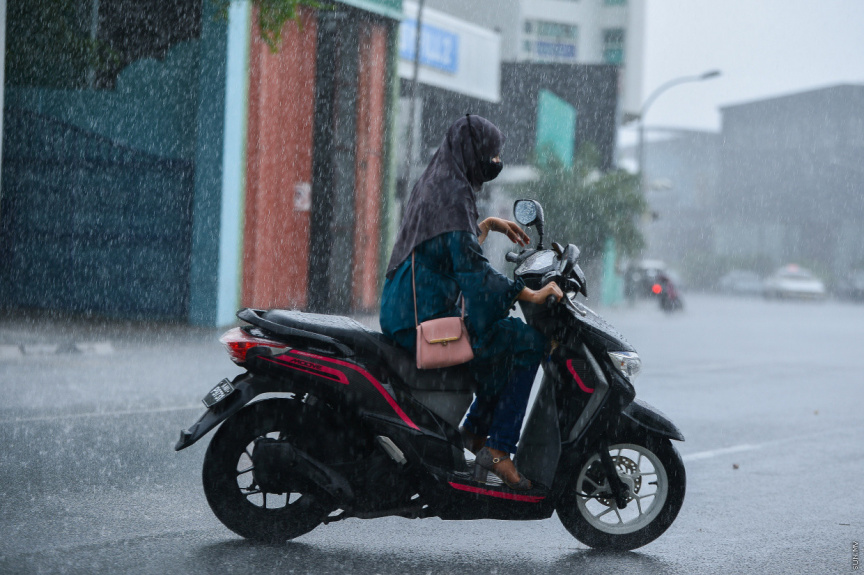 National Disaster Management Authority (NDMA) stated that so far, only one family has been impacted due to the ongoing stormy weather across Maldives.

As per the authority, due to heavy rains flooding occurred in N. Maalhendhoo and N. Henbadhoo.

The authority further stated that one house in Maalhendhoo was affected by the floods, and the family has been relocated due to it.

Moreover, NDMA said that with assistance from Maldives National Defence Force (MNDF) the water has been drained from both islands now.

Meanwhile, some islands in Raa Atoll and Gaaf Alif Atoll also experienced wave surges, but no damages have been reported.

However, Met Office issued a statement on Saturday predicting strong winds, rough seas, and possible wave surges over the course of this week.

It was noted that the southwest monsoon has become strong over Maldives – as a result of which widespread rain and thunderstorms are expected across the country over the next three days, especially in northern and central areas.

Met Office warned of the possibility of wave surges across the country during high tide.

Hence, they urged everyone, especially seafarers, to take all the necessary precautions while travelling in this weather.

Wave surges impacted many islands in the Maldives in early July – causing irrevocable losses. Approximately 350 homes were damaged due to flooding with over 60 families being relocated to temporary shelters.