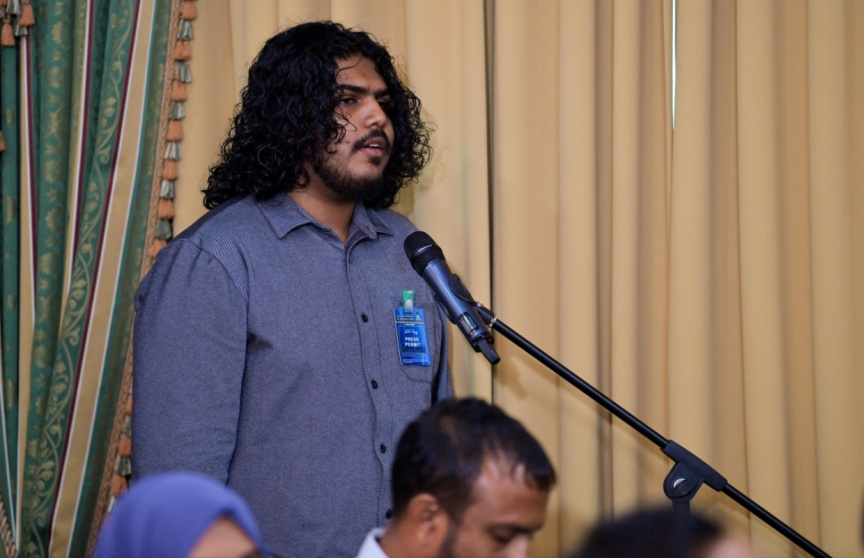 Ahmed Azaan, a reporter for Dhiyares, pictured during a press conference. (Photo/President's Office)

Amnesty International, on Sunday, has expressed concern over the allegations by Maldives Police Service against Ahmed Azaan Marzooq, the co-founder of local news outlet Dhiyares.

He was summoned by the police for questioning on last Thursday, in connection to the criminal investigation into a case involving gaining unauthorized access to Indhira Gandhi Memorial Hospital (IGMH)'s patient portal in order to obtain the personal information of patients, including top state officials.

Azaan denies the allegations against him.

Via a tweet on Sunday, Amnesty International expressed concern over the case against Azaan, and police intimidation of him, for “reporting about loopholes in a hospital database”. They also urged authorities to protect the right to freedom of expression and ensure the safety of journalists.

Several journalists had protested outside the police headquarters when he went in for questioning on Thursday. The case against him has also sparked concern from Maldives Journalists Association (MJA).

Police said they would not do anything to undermine the freedom of the press in Maldives.