MDP decides to distribute 60% of state-given funds among constituencies 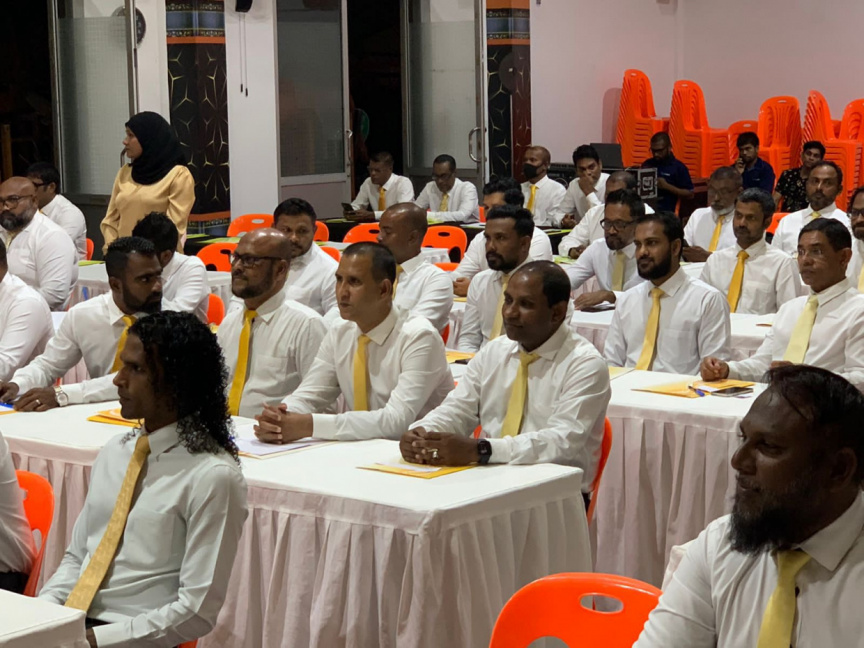 Maldivian Democratic Party (MDP) has decided to distribute 60 percent of funds issued to the party by the state among its constituencies, as was pledged by the party’s new chairperson, economic minister Fayyaz Ismail.

The decision passed with the unanimous vote of 71 members who took part in the fifth meeting of the fourth session of the MDP national council, held at Imaduddin School on Wednesday evening.

The implementation of the decision will begin this year.

Also during Wednesday’s meeting, committees were selected to prepare for the congress in August.