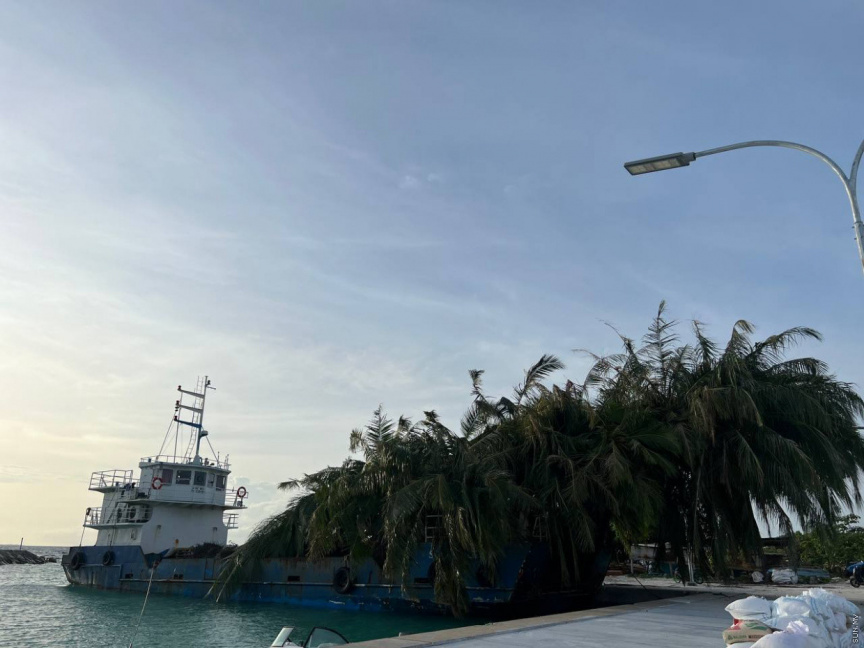 A migrant worker died in N. Landhoo on Monday, after he sustained crush injuries loading palm trees that were being transported out of the island.

A police spokesperson identified the victim as a 53-year-old Bangladeshi male.

According to police, they received report of a Bangladeshi worker getting crushed between palm trees while loading trees to a landing craft at approximately 04:15 pm.

He was already deceased when taken to the Landhoo Health Center, said the spokesperson.

A local from Landhoo who spoke to Sun said the palm trees were loaded to the landing craft with a crane.

The local said it took approximately 10 minutes to remove the soil off the worker.

He had been unresponsive even then.

A spokesperson from Landhoo Health Center said the worker was taken to the center just before 04:00 pm.

The doctor said he was already deceased when taken to the center, said the spokesperson.

Police said they were looking into the incident.

It marks the fourth such fatality this month. Two migrant workers got crushed unloading marble sheets from a container in Hulhumale’ last week. One of the workers died at the scene, while the other died in the hospital two days later.

Also last week, three migrant workers sustained crush injuries unloading glass sheets from a container in Sh. Maakurehdhoo. One of the workers died in the hospital.