Minister Ameer: Investors would have hesitated if debt had been restructured 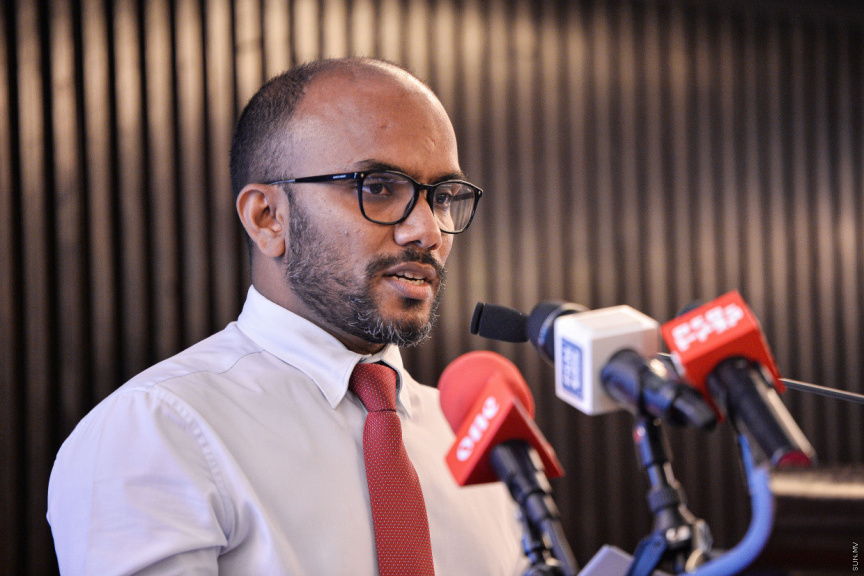 Minister of Finance and Treasury Ibrahim Ameer on Monday stated that if the debt in Maldives was restructured, investors would have lost their trust, and would no longer be willing to give loans.

The Parliament’s Public Accounts Committee met representatives from Economic Ministry, Ministry of Finance and Treasury, and Maldives Monetary Authority (MMA) in order to discuss debt and the work being done to manage it.

While addressing this meeting, Minister Ameer said that had attempted to decrease interest rates and extend the repayment period, then we would have lost the trust of those investing in Maldives.

He went on to state that the government has until now worked till now in a way that does not disrupt any of the ongoing projects, and added that they were managing the debt in a market-friendly way.

Moreover, he reiterated that otherwise, it would have negative implications on the private sector, the government, and many other areas.

Additionally, he said that the loans taken by the government during the Covid-19 pandemic have allowed the economy to move forward at a good pace, and particularly due to the tourism industry, the country’s situation is improving.

The minister had on a previous occasion commented that with the increase in dollars, the country’s reserve will be maintained at a good level by the end of this year.

Ameer further said that talk Maldives being at risk of exhausting its reserves and defaulting on its loans was false.

Finance Minister: Maldives not at risk of default