LGA CEO: Best to hand over management of uninhabited islands to atoll councils 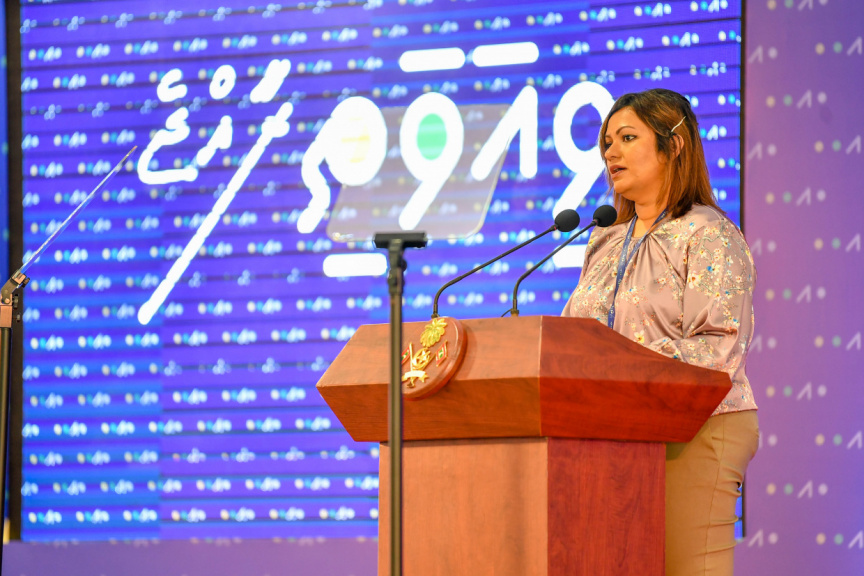 LGA's CEO Afshan Latheef speaks at the opening of the two-day 'Viavathi Raajje' conference in AA. Ukulhas on May 28, 2022. (Photo/President's Office)

Local Government Authority (LGA)’s CEO Afshan Latheef said on Saturday she believes it would be best if the management of uninhabited islands was handed over to atoll councils.

She made the comment at the opening of the ‘Viavathi Raajje’ conference, which brings together policymakers, local councils, and WDCs, underway in AA. Ukulhas.

Afshan said that atoll councils need to have the technical capacity to become resource centers for the entire atoll.

“We believe it's important to made models that will allow local councils and private sector to work together,” she said.

Afshan also expressed concern councils were ranked fourth among state institutions, and stressed the need to solve the issues facing WDCs as soon as possible.

“These are issues that are being talked about in various state institutions, in the media, and in the social media,” she said.

Afshan expressed hope the conference will produce solutions to the issues.

The two-day conference will feature four sessions with presentations and discussions on various topics, including fiscal and legal autonomy, formulating land-use plans, the role of WDCs, crime prevention, social welfare, and climate resilience. It will also allow council and WDC representatives from central Maldives to present their concerns to the President and discuss potential solutions.