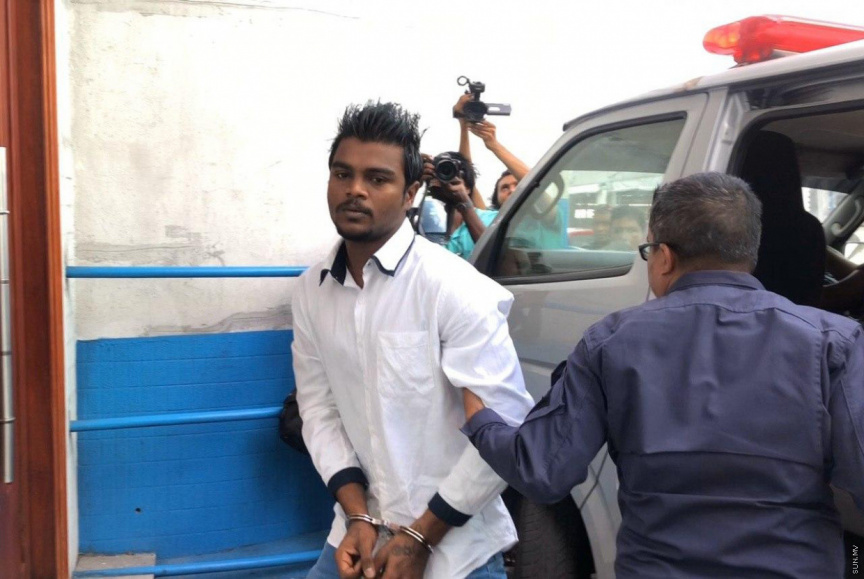 The Criminal Court has concluded hearing witness testimonies in the trial of the murder of Qasim Hassan, a taxi driver who was stabbed to death in 2019.

Qasim, 59, was found dead with knife wounds on his neck and hands on a road in suburban Hulhumale’ on the night of December 4, 2019.

Adhuham Mohamed, then 22, was charged with murder with intent using a sharp-edged weapon.

The prosecution alleges Adhuham killed Qasim during a robbery.

Adhuham confessed to the murder during his arraignment at the Criminal Court under a plea deal with the State on February 12, 2020, but later recanted, claiming he was tortured by the police into making a false confession.

The plea deal was declared void.

At the trial, Adhuham again confessed that Qasim died by his hands, but denied the killing had been intentional.

Adhuham to provide a detailed account of the events of the night he killed Qasim.

He said that he had been under the influence of drugs at the time. He also pleaded for forgiveness from Qasim’s family, and asked for a lesser sentence.

The prosecution proceeded with presenting witnesses against him, despite his confession.

The court has heard testimony from all but two state witnesses, a police officer and a member of the public.

The court was unable to take testimony from the member of the general public because they were unable to contact him, and the public prosecutor told the court on Thursday that it would be difficult to take testimony of the police officer as he was currently overseas

The prosecution decided to proceed with the trial without testimony from the two witnesses.

Adhuham did not produce any witnesses in his defense.

The judge before adjourning the hearing, said that witness testimony had been concluded and that the two sides would present closing arguments at the next hearing.