President provides assurance Maldives will not default on loans 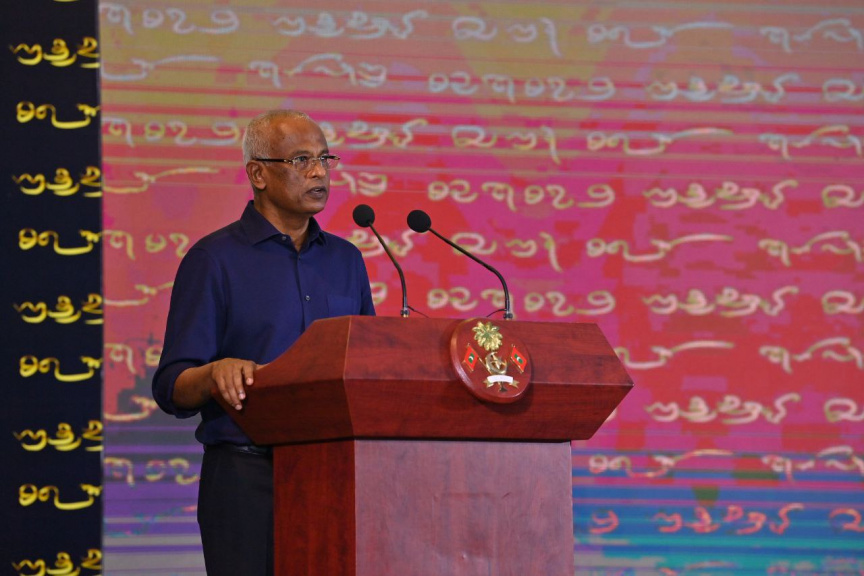 President Ibrahim Mohamed Solih sought to alleviate fears over Maldives’ high debt on Wednesday evening, stating that the debt servicing was on track for the 2023-24 period.

He made the statement in his speech at Male’ Water and Sewerage Company (MWSC)’s 27th anniversary function held at the CROSSROADS Maldives.

President Solih expressed confidence in his administration’s fiscal measures and economic policies, stating that they would lead to the successful revival and recovery of the country’s economy.

“I take this opportunity to assure you that we will take immediate measures, as well as additional measures, to service the state’s debt,” he said.

President Solih acknowledged that the Maldivian economy was experiencing the implications of the COVID-19 pandemic and the Russia-Ukraine war.

The Ukraine crisis has led to decreased tourist arrivals to the Maldives from one of its top markets and resulted in a rise in global fuel prices, inflation, and the administration’s spending on subsidies and imports.

He said that his administration was reprioritizing its developmental initiatives and adopting austerity measures to counter the effects of the events that were severely affecting the global economy.

The administration will not take any steps that would undermine the economy, he said.

President Solih also expressed appreciation for the services of MWSC.

“In reality, this company is less a business and more a public service provider. Based on our experience, the company is providing its services in a manner that is acceptable and satisfactory to the people,” he said.

President Solih said that 70 percent of the country lacked proper drinking water and sewerage networks when his administration took office.

He said that all inhabited islands would have water and sewerage networks before the end of his his term.

“With that done, the state will not have to spend heavily from its budget each year to establish water and sewerage services, starting 2024. The money can be spent on other development projects,” he said.

At Wednesday’s ceremony, President Solih presented awards to the recipients of the “Chairman’s Award for Excellency,” while Vice President Faisal Naseem gave away awards to the “Unique Performance Award” recipients.