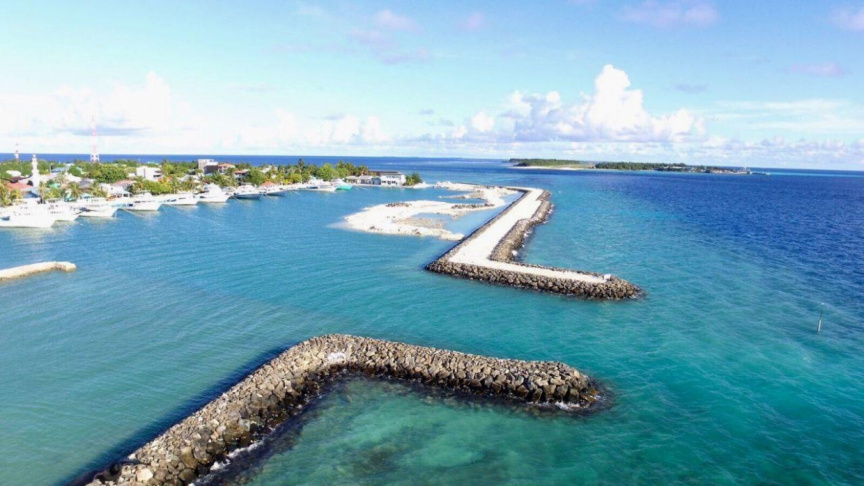 Two people die in a speedboat accident that took place near GA.Vilingili.

A media official from Maldives Police Service stated that the authority received reports of two missing people after a speedboat hit the entrance channel as it was going into the Vilingili lagoon.

Police stated that a total of five people were traveling on the vessel at the time, and those two reported missing had fallen overboard.

GA. Atoll Hospital's Manager Shareef Ahmed has confirmed to Sun that both individuals who had fallen overboard have passed away.

In addition to this, three people are undergoing treatment at the hospital for injuries sustained in the incident.

Sun has learned that the victims of the incident were from GA. Villingili and N. Nilandhoo.