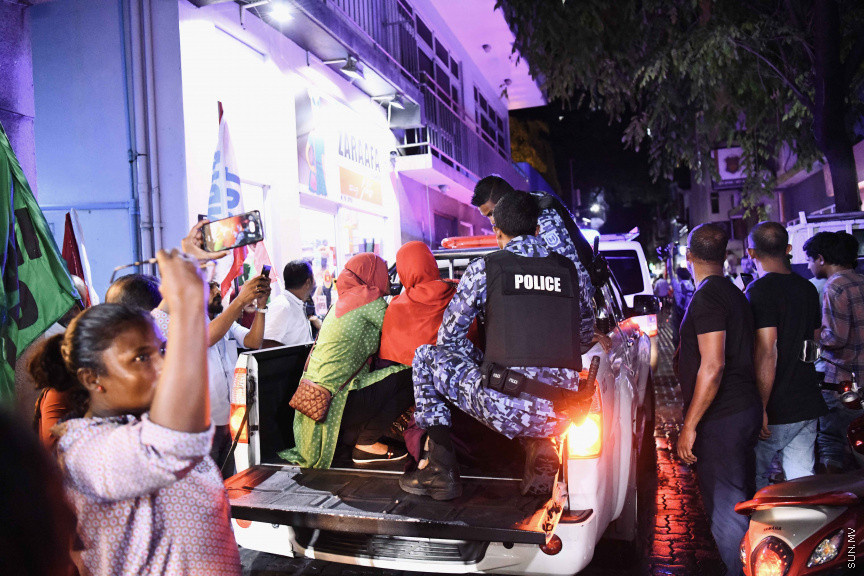 The people arrested from an ‘India Out’ protest staged by the opposition on Wednesday night have been released from police custody.

The protest was staged after police arrested two people on suspicion of planning and organizing the ‘India Out’ movement – banned with a presidential decree last April. One of the suspects arrested was former Hoarafushi MP Mohamed Ismail.

A police spokesperson told Sun that authorities arrested three protestors, all of whom were released sometime Wednesday night.

The protestors, armed with ‘India Out’ banners and flags, began the protest from in front of the PPM headquarters at approximately 09:00 pm Wednesday. They later headed towards the Majeedhee Magu, at which point the riot police dispersed the protestors.