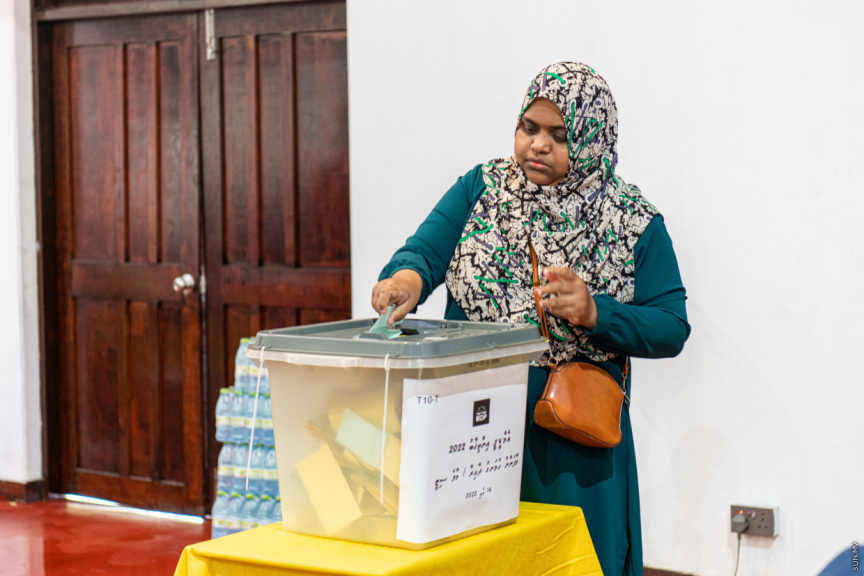 A voter casts her ballot in MDP internal elections on May 14, 2022. (Sun Photo/Mohamed Hayyan)

The MDP internal elections had been fiercely competitive, and was treated as a competition between President Ibrahim Mohamed Solih and MDP leader and Parliament Speaker, former President Mohamed Nasheed. Fayyaz was backed by the President, while Inthi was backed by Nasheed.

It led to verbal exchanges between the two factions within MDP.

However, Nasheed congratulated Fayyaz following his victory, and expressed confidence he would lead the party to greater success.

MDP requests action on those who stormed yoga event

'Won't allow Islam to be wielded as a political weapon'