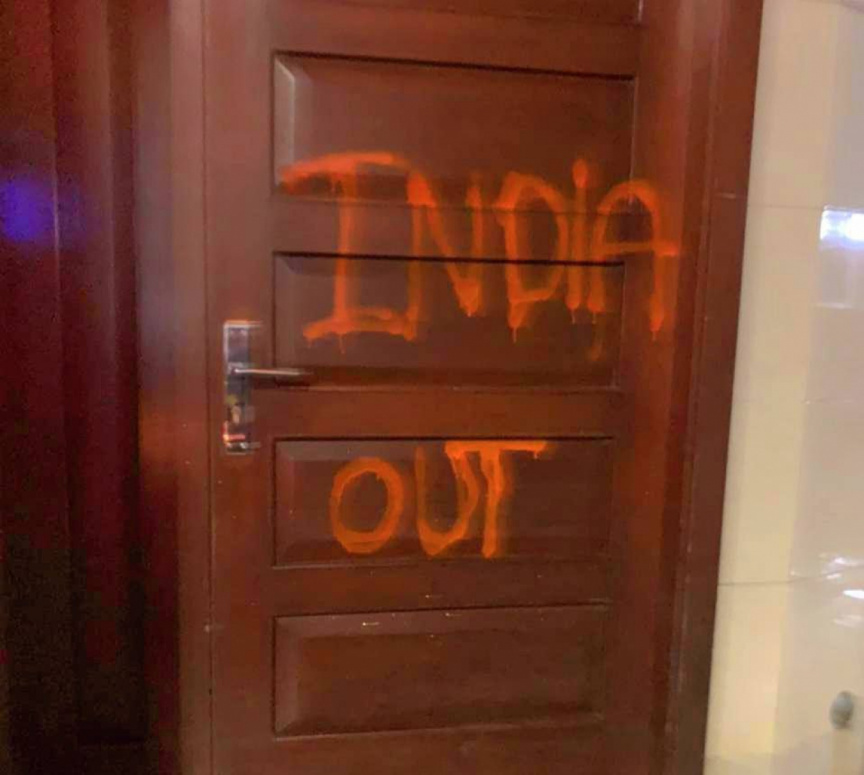 Defense Minister Mariya Ahmed Didi's residence is vandalized with ‘India Out’ graffiti on May 17, 2022. (Sun Photo)

The private residence of Defense Minister Mariya Ahmed Didi has become the latest target for ‘India Out’ graffiti.

The door of the Mariya’s residence, located on Lonuziyaaraih Magu, was found vandalized with ‘India Out’ graffiti on Tuesday.

The graffiti are now being painted over.

The ‘India Out’ movement is a political campaign led by the opposition to protest against Indian military presence in Maldives.