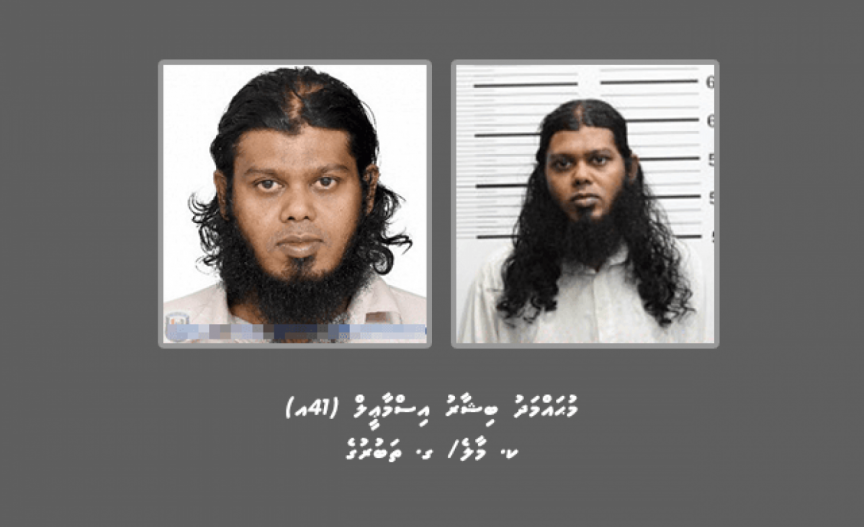 Police seeking Mohamed Bishar Ismail (41) who was arrested for sexual abuse of a minor. (Photo/Police)

Maldives Police Service announced on Wednesday seeking a man arrested in connection to the sexual abuse of a child, released by the court.

According to the Police, Bishar was arrested on January 19, 2020, for sexually abusing a minor. At the time, he was taken to a court in the southern police region, where he was ordered to be remanded till the end of his trial.

Furthermore, Police revealed that with the case being shifted to the Criminal Court, the court also ordered on May 26, 2021, that he be remanded until the end of the trial.

However, when the defendant requested to revise the decision, the court ordered to release him.

Police went on to state that the decision was appealed to the High Court. Subsequently, on December 23, 2021, the High Court determined that the Criminal Courts' order to remand him until the trial concludes was valid.

Despite efforts by Police to locate Bishar since then, he has yet to be found.

Police urge anyone with information about him or his whereabouts to come forth and contact their Custody Unit’s hotline number 9991442.

Party contracted for MVR 14M worth mosque in Kurendhoo