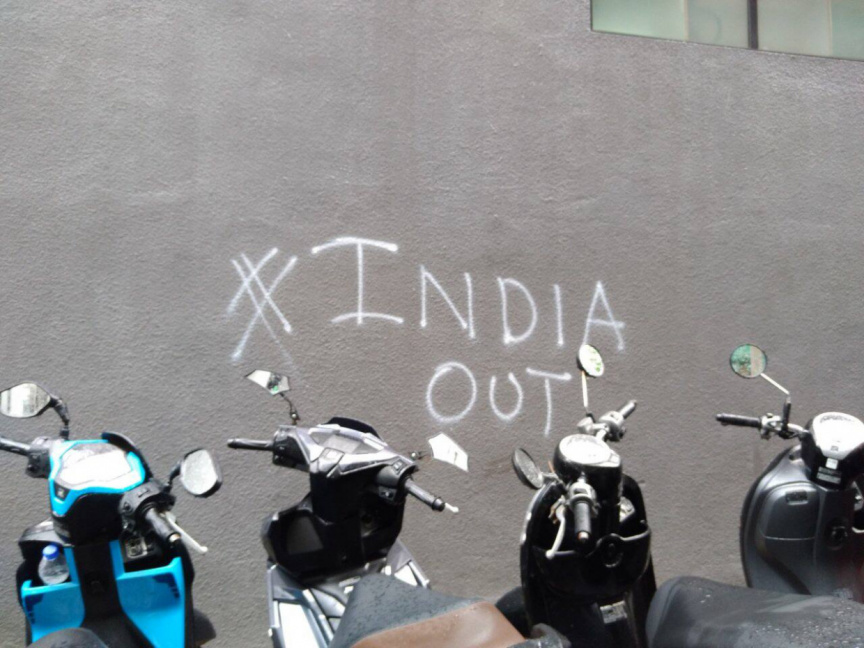 ADK Hospital has voiced condemnation after the wall of the private hospital in Male’ City was vandalized with ‘India Out’ graffiti.

“We don’t use any text or slogan on the walls of our hospital except our own,” he said.

Afaal said the hospital condemned the act in the harshest terms.

“We will inform authorities of such incidents. We believe this is very wrong,” he said.

The perpetrators of the act remain unclear.

‘India Out’ is a political campaign led by the opposition to protest against Indian military presence in Maldives.

'Hospital at Phase II to have high quality services'

ADK: Surgery successful for worker impaled in the face